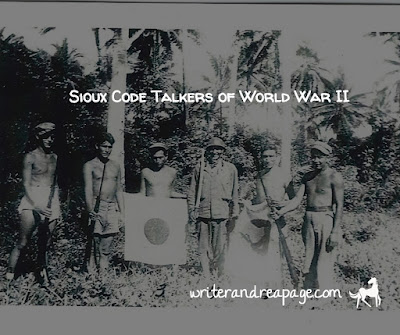 We thank the Sioux Native American veterans known as "Code Talkers" for their service. These veterans used their tribal language as an unbreakable secret code to transmit messages and help defeat the Japanese in WWII.

Give a warm welcome to the charming Andrea Page. Her new book Sioux Code Talkers of World War II (Nonfiction, ages 8-14) will be released on March 1, 2017 and tells the story of her great-uncle,John Bear King.

There is a raffle (Rafflecopter will pick the winner) to win one hard copy of Sioux Code Talkers of World War II. 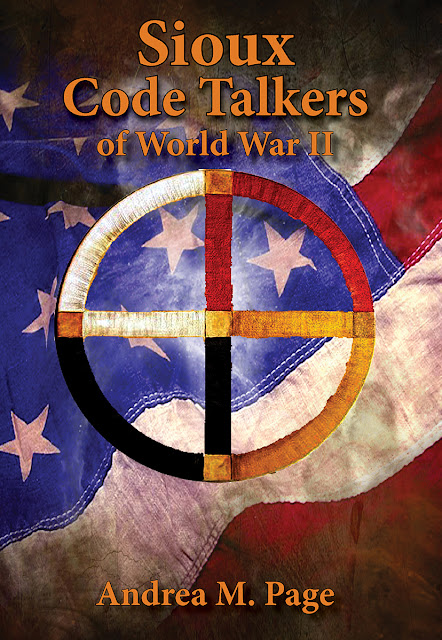 Who is your agent?


Back in 1994, my mother received a newspaper article about an interview with an aging veteran.  He talked about his service as a Lakota (Sioux) Code Talker.

At the time, I didn’t know what a code talker was, but my mom was excited to see her uncle John Bear King in the photo that accompanied the article.  She had no idea her uncle was a code talker in WWII.  Great-uncle John had died many years before, so we couldn’t ask questions.


I am the “family tree person” who collects the family history.  I set out to get a copy of a page or paragraph that could be placed in the family file.  I went to the library and found…nothing. I decide to search for something, anything…and my journey began.

How long did it take to write? Get to a publisher?

When we received the newspaper article and photo of my great-uncle John Bear King, I was pregnant with my youngest child. She’s 21 years old now.
I started to think about writing a book, since there was virtually no information about my great-uncle’s unit.

I signed up for some classes at Writers and Books, and joined a local writer’s group.  (RACWI- Rochester Area Children’s Writers and Illustrators)  I continued to read, take classes, go to conferences, and research.  I sent out my first round of submissions in 2005, and Pelican Publishing responded, asking me if I could double my word count.

I wasn’t going to give up.  Unfortunately, shortly after that, I had a devastating loss.  My father became sick and passed away in months.  At that point, it was really hard to think, read, or write.  I bounced back and worked hard to double my word count. I resubmitted in 2013.  After several tasks and revisions, I received my contract in 2015!

What is your favorite part of the story?

My favorite part of the story gives me goosebumps when I think of it.  I found out that my uncle’s unit
(302nd Reconnaissance Troop) broke through a stone wall at Santo Tomas University to rescue the prisoners of war held there by the Japanese.

It was, and is, the most emotional part of my journey.  I remember the day when I received the evidence in the mail. I had suspected that my uncle was part of that event, but when I found out for sure, I cried.


In the summer, I like to write in the morning. 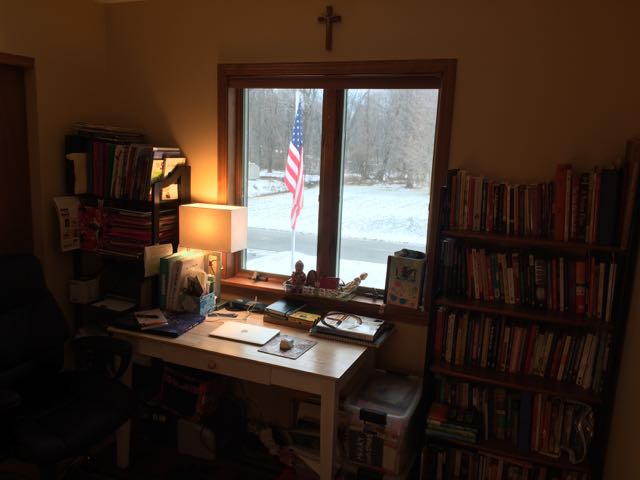 During the school year, I have to write at night. 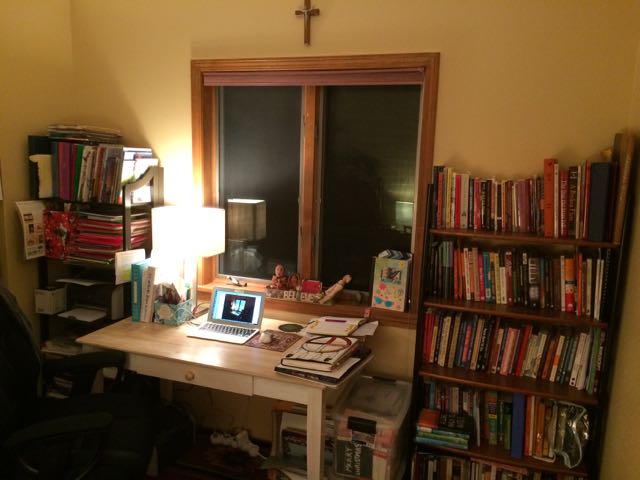 I’ve been filling at least one a year. I carry a few smaller ones around with me in case thoughts come at other times.  Those are also blank sketchbooks (9X12, 30 pages) (11X14, 24 pages).


What is your favorite book on the craft of writing?

How to Write a Children’s Picture Book Vol I, II, III by Eve Heidi Bine-Stock

Getting ideas on paper:

Call of the Writer’s Craft by Tom Bird


What inspires you to write?

I’m inspired by inspiring people.  When I read about a special person and how they overcame the challenges in their life…it’s motivating.  I share these stories with my students.  Hopefully, these stories motivate them to do great things in our world.

What are you working on now?


I’m currently revising two picture books- one on a historical event having to do with veterans and the other one is about an important Native American hero.

Words of advice for writers:

These are not my words, but I've used the quote in school and I think it is very appropriate here.


(From Open the Door: How to Excite Young People about Poetry, Poetry Foundation, page 247)

Enter a Rafflecopter giveaway (US only). 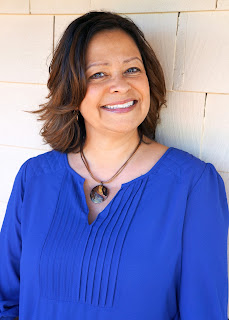 Andrea M. Page is a 6th grade ELA teacher and member of the Standing Rock Sioux Tribe. Andrea  has been an elementary teacher (science, math and/or ELA) for over 30 years in a public school in upstate New York. She reads books that inspire the important values of bravery, fortitude, generosity and shares stories with her students, inspiring curiosity and wisdom. Researching and writing her first book, and then achieving publication was a dream come true. Being an author helps her to motivate her students, to push them out of their comfort zone and reach for their own dreams.
Posted by Janie at Thursday, January 12, 2017