Recently we've had an in-depth Facebook discussion about the nomenclature of "informational fiction" vs. "nonfiction." Melissa Stewart, who I consider an authority on the subject, has given us definitions and examples of each, yet confusion still remains. 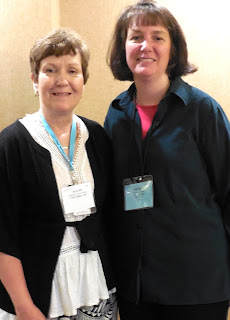 Some writers in the NF Fest suggested libraries create a separate section for informational fiction. However, this may be problematic for school librarians who have cataloging done by library jobbers such as Follett. (Note that many school librarians are in charge of several buildings and don't have the time to catalog.)

Another trend nonfiction writers need to know about is the "genrification" of library collections. To gentrify is to arrange a library by category to make book location easier, similar to bookstores. Some libraries may only genrify fiction (all dragon books shelved as a subgenre in fantasy.) Other school libraries may place all fiction, nonfiction, biographies and picture books together in genres such as war, sports or supernatural. (They ditched the Dewey Decimal system.)  School librarian and nonfiction author Marcie Flincum Atkins said, "Books that haven't moved in years are getting lots of love." It transformed her circulation numbers - data that administrators understand when determining library budgets.

Melissa Stewart and I continued our discussion privately where she shed more light on this topic.

NF vs. Informational Fiction Exercise
As a former school librarian, I'm sharing a process of determining whether these exemplary books are informational fiction or nonfiction. 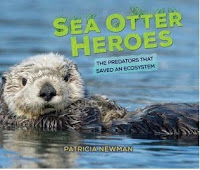 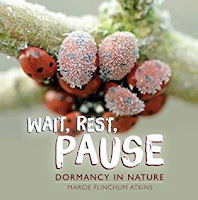 Both Sea Otter Heroes: The Predators That Saved an Ecosystem by Patricia Newman and Wait, Rest, Pause: Dormancy in Nature by Marcie Flinchum Atkins are nonfiction. Check out these books, and follow theses clues with me yourself.
Atlantic by G. Brian Karas is a lyrical informational fiction book. Follow the clues to see why.
Head over to the NF Fest and join in the Facebook discussion and go to the web site to read posts. You may want to try these exercises with students or for yourself asking questions like this: 1. Can you identify the real stuff and the made up parts? 2. Can you figure out why the author included them? 3. Is it NF or IF? Happy classifying.


Bones in the White House, written by Candice Ransom and illustrated by Jamey Christoph, tells the exciting story of Thomas Jefferson’s hunt for the prehistoric mammoth. From first page to last, this book brims with mystery and the thrill of discovery. Bones in the White House is a fun and enlightening read for all ages. 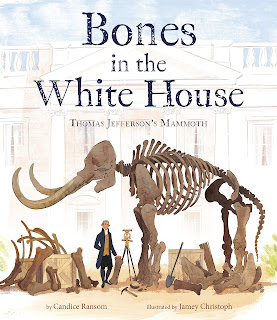 Candice Ransom is the author of more than 150 books for children and young adults. She began her career as a self-taught writer, but went on to earn an MFA in writing for children from Vermont College of Fine Arts and an MA in children’s literature at Hollins University, where she currently teaches in the Children’s Literature Graduate Program. I was excited to interview Candice about Bones in the White House, recently released by Doubleday Books for Young Readers. Here’s what I learned:

How did you come to write Bones in the White House: Thomas Jefferson’s Mammoth? What makes this book special?

In 2008, I read a new nonfiction book called Big Bone Lick: The Cradle of American Paleontology by Stanley Hedeen. It’s about an amazing fossil site in Kentucky, where the earliest settlers came upon giant bones of a mysterious animal we know as the mastodon. Re-reading the book in 2014, I lasered in on a sentence near the end: “The delighted Jefferson had the Lick’s fossils laid out in the White House storage area that later became the elegant East Room.”

Thomas Jefferson had Ice Age fossils in the White House? That single sentence triggered my four-year journey. The first germ of a book makes it special—it’s the question that sets you on a road to follow, sometimes getting lost, sometimes down dead ends, until you find the answer.

What makes this book special is the lesson I learned: At heart, Thomas Jefferson was a scientist. He preferred natural history to politics, served his country while studying meteorology, zoology, and botany. He believed the fledgling United States should take its rightful place on the world stage of scientific discoveries, one of the main reasons he formed the Lewis and Clark expedition.

I know you researched extensively for this book. Can you talk about the process?

Writing nonfiction isn’t done on a whim. Be prepared to travel on your own nickel, devote months to reading, taking notes, and understanding what you learn. My first stop was the Robert H. Smith International Center for Jefferson Studies in Charlottesville, Virginia, near Monticello. 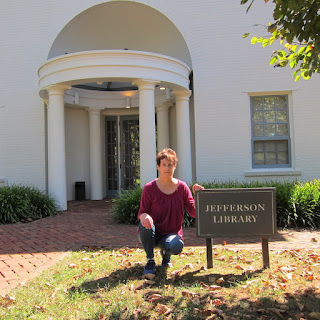 I quickly discovered that I couldn’t just paw through Jefferson’s papers because his massive collection of letters, journals, and documents are in 900 depositories around the world. I was steered toward Founders Online, a National Archives site that gives ordinary people like me access to the correspondence of George Washington, Benjamin Franklin, John Adams, and thankfully, Thomas Jefferson. 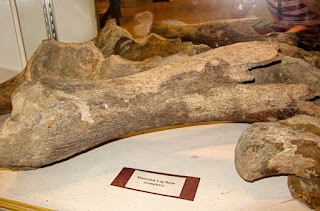 Tell us about Jamey Christoph, your illustrator.

When my editor told me that Jamey Christoph had agreed to illustrate Bones, I was thrilled. I had seen Gordon Parks: How the Photographer Captured Black and White America, with Jamey’s lovely illustrations. I liked his quiet, un-showy palette and interesting compositions. 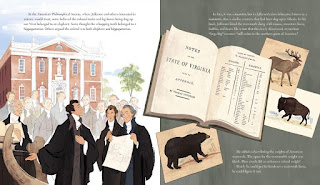 Jamey loves the same things I do—vintage art, old buildings, and history. I sent him an annotated bibliography, postcards, photocopies, and other materials. I think he did a wonderful job!


Can you tell us a little about your writing journey?

I began writing for fun when I was seven. By the time I was eleven, I decided I’d become a writer, but wasn’t sure what kind (playwright? poet?) When I was fifteen, I knew I wanted to write children’s books.

I didn’t go to college after high school but became a secretary, keeping my dream in sight. I learned to write the hard way, by making mistakes. I began submitting at sixteen, so I experienced rejection early. I wanted to be a best-selling children’s writer by the age of twenty-five. I sold my first book when I was twenty-nine (hardly a best-seller) and I was off.

You’ve written so many books in your career. Does it ever feel “rote”? Do you still get that buzz of excitement when a book comes out?

I’ve had a long career, nearly 40 years and 160 books. I wouldn’t say it feels rote, but more like I know what I’m doing, especially with non-fiction work-for-hire projects.

But I always get a buzz of excitement when a book comes out! When you’re slogging through research and fact checking, writing and revising, you tend to lose sight that your project will become an actual book. There’s nothing like holding the finished product, the culmination of your fuzzy idea, in your hand.

To what do you attribute your success?

Believe it or not, to being a secretary for seven years! I learned to show up at a desk every day, all day. To type correctly and quickly, to organize and establish a work ethic. While working as a secretary, I also pursued my writing dream. I figured that 100% wouldn’t be good enough, but 110% might do the trick. People know me as disciplined, driven, even. That’s because I didn’t go to college when most people do and always felt ten years behind. One day I looked up and realized I’d published 50 books. I put my head back down and kept going.

I also learned to be flexible. Yes, I wanted to write a wonderful MG novel that would sit next to Charlotte’s Web, but my first published book was a paperback YA mystery-romance. Editors asked me to do projects, and I did them, working on my “heart” projects on the side.

What piece of advice would you give to budding writers that you wish someone had given you?

Don’t give up, keep working--clichés that ring true. No one ever told me to keep at it, but I did it anyway. I was too stubborn to give up.

Advice I wish someone had given me? Don’t expect it all at once. Writers often want to be published right away. Does one violin lesson earn you a concert at Carnegie Hall?
Take the time to learn your craft. Then get in there and make your mark. 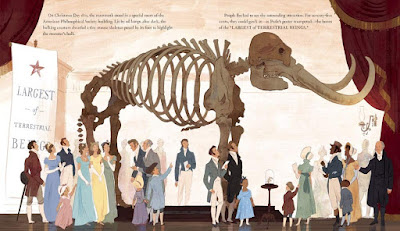 Thank you, Candice. Bones in the White House is a fascinating read for all ages!