Veteran's Day.  For years, it was a day off at in our school district.  This year, it is not.  It provided me an opportunity to talk with my students about my years of service in the United States Army.  Military service is not as common in the community in which I teach.  The eyes of my youngest students lit up as they envisioned me as a GI Joe type figure.

"Did you have to fight in a war," a first grader asked me this morning. 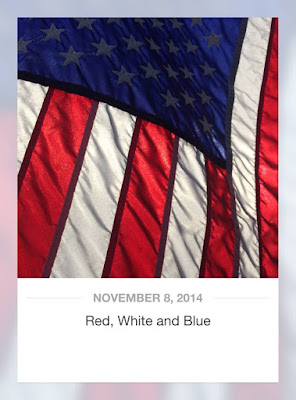 As a young man (three days out of high school) I joined the Army National Guard. I had never been pushed so hard, so far, so long.  I was a decent student in high school; but not one of the ones that the counselors worked hard to find a school for:  'Apply to the state school; they kind of 'have' to take you,' I remember with particular disdain from my brief counseling session. 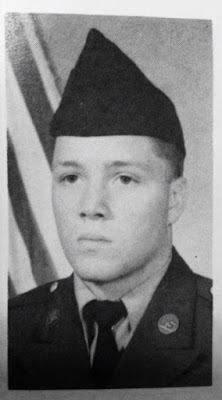 When I shipped off to Fort Jackson, SC that June for basic training I couldn't have been more of a blank 'book.'  I knew college was in my future, but honestly I wasn't sure what I wanted out of it.

Those months of sunburn, sandy soil and sweat in the South Carolina 'desert,' taught me some very valuable lessons. I know it sounds trite, but there's something life changing about making it through nearly six months of rigorous training; doing things that you had no idea you could even do. You begin to see that with discipline, dedication, focus and persistence, you truly can do anything.

So, when I thought about how I could 'bridge' the upcoming day of remembrance with the idea of me being a soldier, I turned, as I always do when trying to teach: to books.

The first book I pulled out to share with students was The Wall by Eve Bunting and illustrated by Ronald Himler. 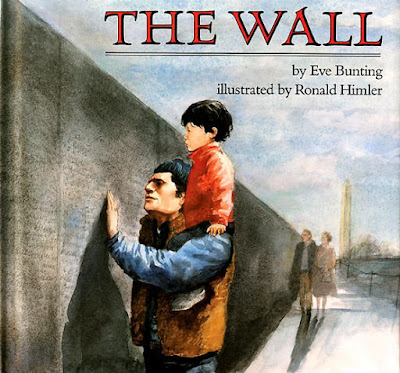 This beautiful story shares a father and son's visit to the Vietnam Veteran's Memorial in Washington, D.C.  One passage in particular always causes me to choke up and take that extra long breath of air.

That's when my grandpa died.

Dad runs his fingers along the rows of print and I do, too.  The letters march side by side, like rows of soldiers.  They're nice and even.  It's better printing that I can do.  The wall is warm.

Bunting includes tiny details that give small children a connection;  a place to put themselves into the story.  I read a lot of stories to children and this story has a way of drawing them in and holding them.  It's much like being in the presence of the wall.  As I read the final page, the zaniest class of first graders is silent.

And then, this book, which sadly is about a war nearly 50 years hence, leads my students to ask: "Is there a war going on now?" 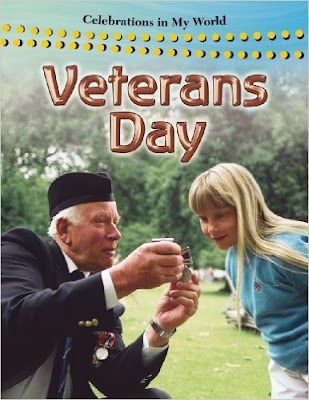 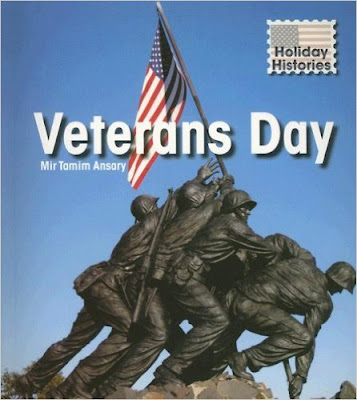