The costumes! The candy! The crazy tricks and treats! What's not to love about Halloween? 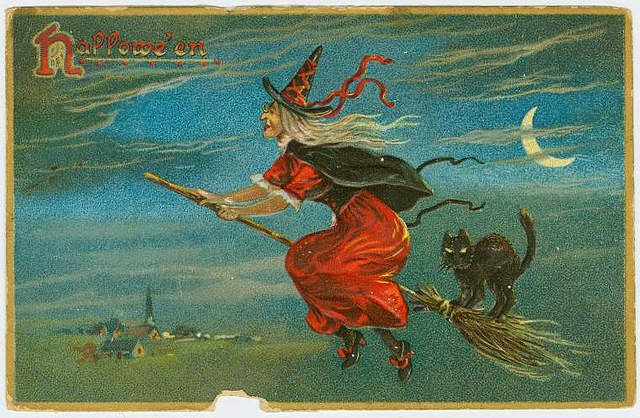 Well, you could try to soothe those sweet souls with a book break. Here are five of my favorite Halloween read-alouds, beginning with a story that will wiggle out some of that energy and ending with one to settle them down for bed. (I know. Wishful thinking.) 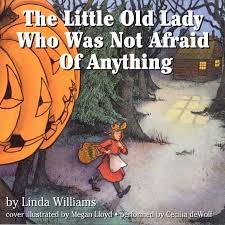 The Little Old Lady Who Was Not Afraid of Anything by Linda Williams and Megan Lloyd. A fearless little old lady sets off down the road, but is soon pursued by shoes, pants, a shirt, gloves, a hat and a pumpkin head that shouts BOO! Let your kids wiggle, shake, and stomp as the action builds, culminating with a surprise visitor at the door. 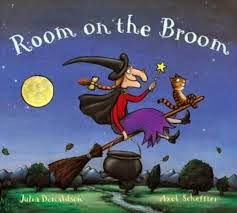 Room on the Broom by Julia Donaldson and Alex Scheffler.
Poor, klutzy witch. She just can’t seem to hang on to her things. And every time she stops to retrieve an item she's dropped, someone else climbs onto her broom. A rhyming treat! 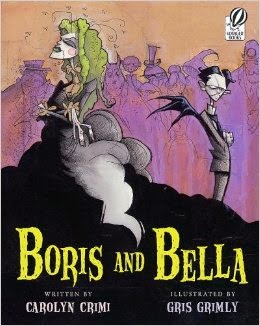 Boris and Bella by Carolyn Crimi and Gris Grimly. Sloppy Bella and tidy Boris are feuding neighbors. Can ruined party plans bring them together? The story is peppered with puns and ghoulish humor, and the fiendish illustrations will make you chuckle. 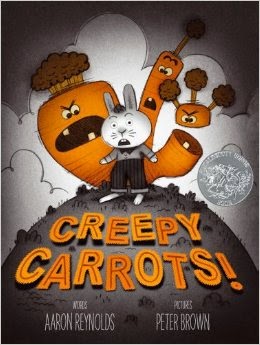 Creepy Carrots by Aaron Reynolds and Peter Brown.
Is something following Jasper Rabbit? Could it be creepy carrots? Or is his imagination getting the best of him? Oh, those carrots can be so clever… 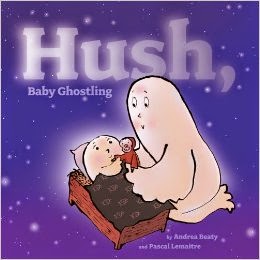 Hush, Baby Ghostling by Andrea Beaty and Pascal Lemaitre.
It’s time for baby ghostling to go to sleep. But he’s afraid of the light and little boys who might be lurking in the closet. Mama ghost calms his worries in this twist on bedtime rituals.

Had I not vowed to stop at a handful of picture books, I might have included a couple more like Where's My Mummy?, another Carolyn Crimi gem with John Manders, or the new release Not Very Scary by Carol Brendler and Greg Pizzoli. (See what I did there? Snuck two more in!)

What are your favorite Halloween picture books, GROG readers?