A bit of Googling came up with two different lists. While one list was more plot-based, the other was theme-based:

With some brain work, I would think that most narrative picture books can be placed within the above themes, too. 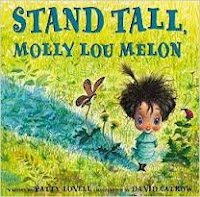 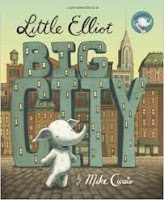 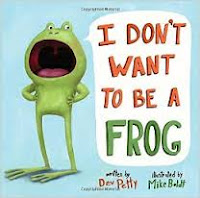 • I DON'T WANT TO BE A FROG by Dev Petty and Mike Boldt?
Man (frog) against Nature.


So, with only seven stories in the whole wide world, how can we come up with unique ways to tell them? Try giving an old theme a new twist! 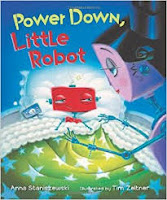 A new picture book takes the tried-and-true theme of "I don't want to go to bed!" and sets it in the world of robots. There is beauty in the details in POWER DOWN, LITTLE ROBOT by Anna Staniszewski and Tim Zeltner. Instead of going to bed, Little Robot is sent to power down in his sleep module; he asks for a can of oil, worries about dreams with error messages, and complains his circuits hurt. So cute! 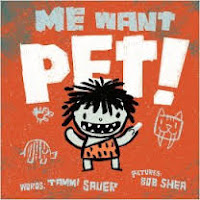 I am a huge fan of Tammi Sauer, and her book, ME WANT PET (illustrated by Bob Shea), is one of my favorites. A mere 222 words, this new take on the "I want a pet" theme sets the story in prehistoric days. The choice of pets reflects the period -- a saber-toothed tiger, a woolly mammoth, and a dodo. The clipped language is a perfect fit for the story. 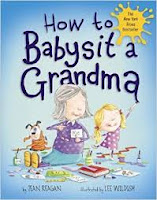 Shake up a relationship by reversing the roles between two characters. HOW TO BABYSIT A GRANDMA by Jean Reagan and Lee Wildish offers tips to the child reader about "babysitting" a grandparent. Fun! 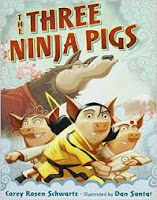 Fractured fairy tales have been a hot business at least since Jon Scieszka's THE TRUE STORY OF THE THREE LITTLE PIGS hit the shelves in 1989. Although many authors jumped on the band wagon, creative and unusual new renditions of classic tales can still be found. Check out Corey Rosen Schwartz' and Dan Santat's THE THREE NINJA PIGS (2012) and NINJA RED RIDING HOOD (2014), two books that mix common tales with a modern twist of martial arts. 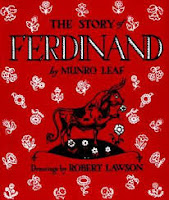 My last example of a twist is taken from my classic collection. Bulls are known to be fierce, right? Well, not Ferdinand. He wants nothing more than to stop and smell the flowers. Will anything stir him from his docile mood? THE STORY OF FERDINAND by Munro Leaf and Robert Lawson provides the answer.


So next time you feel stumped about a storyline that's been done so many times before, make like Chubby Checker and TWIST!