Library to Libratory: Reflections on Presenting Your Passions

I recently was invited to present at TechCon 15; a gathering of educators at Northern Illinois University.

I pitched, in early June, the idea of sharing the transformation that was taking place in my library.  We were growing from a traditional library to one that included a 'makerspace' and more.

The pre-publicity touted the six presentations given in the morning as 'TED-Like' talks that would lead to six break out sessions in the afternoon.  Now, I'm sure you are familiar with HUGELY popular TED talks.  I was intrigued, terrified and excited to be invited and sought about thinking about how I could best share the journey that my school and district have begun with developing STEAM workshops.

Because I'm a huge nerd, I started with books.  I knew there had to be books out there about how to deliver a 'TED-Like" talk.  I came up with two and immediately ordered them both. 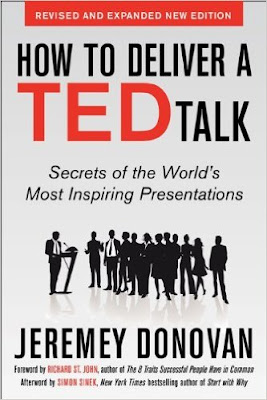 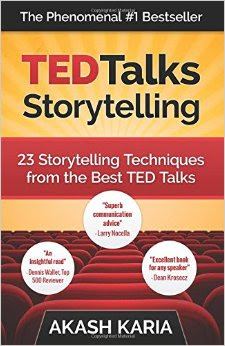 True to form, I started reading these incredibly short books and petered out about three quarters of the way through.  What I did take away from them, however, was that you need to speak to your passions and tell a compelling story.  That was the easy part.  Figuring out how to make 'my' story compelling to others, however, was not so easy.

My next step was to collect and study the photographs of my library before I began as the director.  Thankfully I had the forethought to take photos of the entire place before began to overhaul it.  My desire to begin was so strong that I nearly forgot this critical step.

After gathering all of my photos, I pulled together the presentations I had made to the Parent Teacher Organization and School Board.  I put them all in a folder and did what I usually do when I have something really important:  I procrastinated.  Well, on the outside it probably looked like that, but to me it was me letting my thoughts and ideas marinate.  Turns out that's how I do my best thinking.  In fact, I tend to do that sort of thinking subconsciously.  It happens when I drive to work (an hour each way) and when I sleep.

After a month or so of marinating, I needed to put the presentation together.  Much like drafting a manuscript, I dug in and started with the one sentence I wanted people to walk away with:  "Libraries are changing to meet the needs of their patrons: we are becoming Libratories!"

From there I let my images speak to me.  I laid out the images in a logical order and started thinking about how to pair my ideas down to the ten minute time limit we were given.

After dozens of drafts, I printed it all out and started reading it aloud.  I tweaked and teased the text.  Finally, I cut and pasted it all onto notecards and practice reading aloud many more times.  I was as ready as I could be.

After so much focus on the ten minute presentation, I had a minor panic attack  when I remembered I had to also create an hour long break out session on the same topic.  I decided on an active workshop using design thinking.  I would have each participant 're-imagine' their spaces to meet the needs of the 21st Century learners.

When the day arrived, I learned that I was going to be the first presentation.  I think I was relieved.  I would be able to get it over with and then begin thinking about my breakout session.

Curious as to how it went?  I hope you may find it useful:

The organizers of the conference did something really cool in between each presentations, they set up a 'back channel' that allowed everyone to contribute to key questions the presenters posed.  Mine was:  "How does the evolution of a library to a 'libratory' impact teachers in their classrooms?"  Folks responded in 'Tweet-like' responses that all of us were able to view and react to.  I thought it was a neat way to interact with a large group; especially for those, like me,  who tend to be rather quiet in this setting.  The best feedback tweet I got:  "It's like HGTV for libraries!"

I have several more presentations coming up in the next few months.  All of them on a similar theme.  I'm sure to use what I learned in this talk and breakout session to tweak how I deliver the message next time.  It's always humbling and exciting to speak from your heart.  I hope folks took something valuable away from my sessions because I sure did!