Today, we welcome a very IMPortant author to answer some IMPortant questions about his IMPortant new release. Welcome to the GROG, Henry Herz! 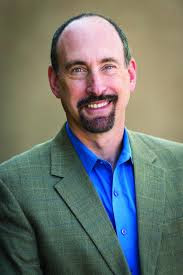 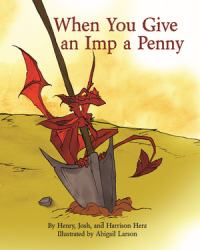 Are you a fantasy fan, Henry? Your new book, WHEN YOU GIVE AN IMP A PENNY can be considered a fantasy picture book. What elements of fantasy work well with the brevity of a picture book?

Yes, I've been a big fan of the fantasy genre, ever since reading WHERE THE WILD THINGS ARE repeatedly in elementary school. Then I read THE LORD OF THE RINGS in sixth grade, and I was hooked. Not only do I now read and write fantasy, but I interview fantasy (and sic-fi and KidLit) authors on my blog at www.henryherz.com.

I don't think picture books are uniquely well-suited for fantasy. However, illustrations of fantastical creatures or settings quickly immerse young readers in alternate worlds. And that's what fantasy is all about.

(President Obama is a fan of
WHERE THE WILD THINGS ARE, too!
Here's a video clip of him reading it at the
White House Easter festivities.)

Which came first, the imp or the format of the story? 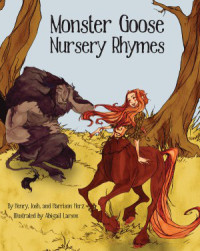 The format - at this early stage of my writing career, I've chosen to focus on authoring picture books. The imp was a minor character in my first book, MONSTER GOOSE NURSERY RHYMES. Due to its sheer silliness, my favorite rhyme is "Hey Diddle Diddle, the Cat and the Fiddle." In MONSTER GOOSE, my version of that rhyme features a minotaur, centaur, faun, and an imp. The imp's personality really peeks through in the illustration. He made it clear to me that he deserved his own story.

Your publisher is Pelican Publishing in Gretna, Louisiana. What are the perks of working with a smaller publisher?

Having a book put out by a large publishing house, without question, offers some powerful advantages, including greater market reach, publishing industry relationships, more staff, and bigger budgets (and advances), than is the case for smaller publishers. That said, there are significant benefits to working with IPs, including:

Was the process with IMP different from your first book, MONSTER GOOSE NURSERY RHYMES?

The process was exactly the same, except (thankfully) without the debut author nervousness accompanying my first book!

Illustrator Abigail Larson is perfect for this book. This is the second pairing of your words with her pictures. How did that come about?

Most of the time, publishers provide an illustrator for authors that do not illustrate their own stories. However, I broke that rule because I wanted to have illustrations in the event I decided to self-publish MONSTER GOOSE. I found Abi on deviantart.com, and we decided to collaborate. Fortunately, we were able to interest Pelican in our work. After that, a second collaboration seemed like a natural thing to do.


Do you use mentor texts when writing? 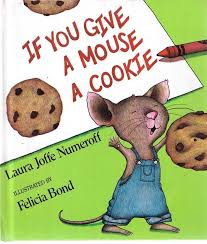 I don't use mentor texts when I write. However, I read tons of picture books for inspiration and to hone my craft. WHEN YOU GIVE AN IMP A PENNY is clearly a medieval fantasy homage to Laura Numeroff's IF YOU GIVE A MOUSE A COOKIE, in that it also has a cyclical plot structure and an adorably cheeky protagonist.

I noticed that your sons are co-authors. What do each of you bring to the story? Who has the final say?

I involved them at an early age to spark an interest in reading fantasy. They serve as beta readers, giving me feedback and a kid's perspective on my early drafts. So far, I've been able to maintain creative control...

I can offer eight tips for picture book writers here. I'd say the top three are:
#1 Have no fear!
Don't be scared to put words to paper. Don't flee from constructive criticism. Don't be afraid of rejection. They all line the path to traditional publication.

#2 Be tenacious, even on crappy days.
Becoming published isn't easy. But it won't happen if you stop trying. The journey of a thousand miles begins with one step. Revise, revise, revise. But remember that perfect can be the enemy of good enough. At some point, you need to submit!

#3 You need to be thick-skinned and
learn to roll with the punches.
Understand that a publisher's or agent's rejection isn't personal, but it is highly subjective. Many great works of literature were rejected repeatedly before being published, so you're in good company.

How did you score all your amazing interviews with authors and illustrators on your website?

By reading and genuinely admiring their work, building a relationship on social media or in person (I attend SCBWI conferences, WonderCon and San Diego Comic-Con), and by asking nicely. 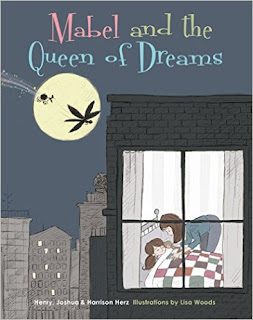 I'll keep writing! I have three books coming out soon. LITTLE RED CUTTLEFISH (Pelican, Fall 2016) is an aquatic retelling of Little Red Riding Hood, but with a sassy cephalopod protagonist. MABEL & THE QUEEN OF DREAMS (Schiffer, Fall 2016) is a bedtime picture book inspired by Mercurio's soliloquy in Romeo and Juliet. Little Mabel was an expert at not going to sleep. But Mom had the Queen of Dreams in her quiver of bedtime tales. The Queen paints children's dreams, so she only visits when their eyes are closed. DINOSAUR PIRATES (Sterling, Spring 2017) is a comical mashup of two kid favorites. A T-Rex with a pirate-y patois! Cap'n Rex leads his dinosaur pirates in search of booty. As they encounter obstacles in their quest, the apex predator "encourages" his crew to think outside the box. When the treasure is found, Cap'n Rex wants to keep it for himself, but the clever crew turns the tables on him.

Wow, Henry, you're a busy guy! How will we ever be able to keep up with you?

Thanks so much for stopping by Henry.

Hmm, I wonder what happens if we give Henry a penny...
Posted by Patricia Toht at Wednesday, March 30, 2016