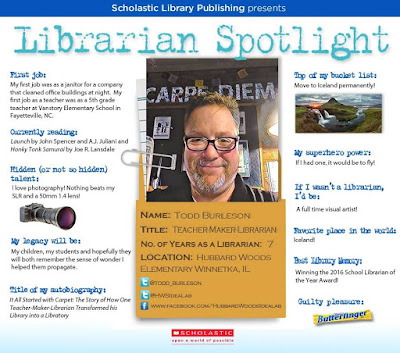 One of the phenomenal bonuses to being named the 2016 School Library Journal School Librarian of the Year is the way it has opened several new doors to me. 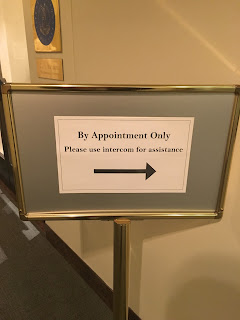 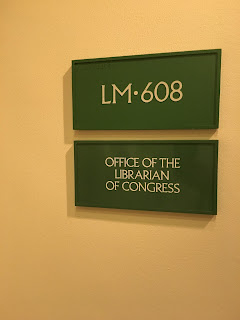 She started a Twitter feed and had over 18,000 followers by the end of the first week.  She remained true to her roots as a children's librarian and is actively seeking insight and feedback from all levels of support within and outside of the LOC.  When she agreed to meet with me on the same weekend as the School Library Journal Summit, I nearly burst with excitement.

Dr. Hayden's office is actually in the Madison Building, which is across the street from the Library of Congress. 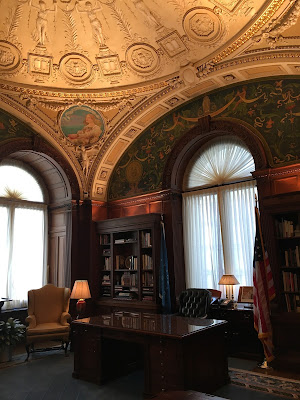 While I was touring the Library of Congress, I had a chance to see the 'Ceremonial' office of the Librarian of Congress, which is in the main Library building. This Italian inspired wooden paneled office reminded me of the Oval office.  Dr. Hayden had just recently opened it to the public for the very first time. 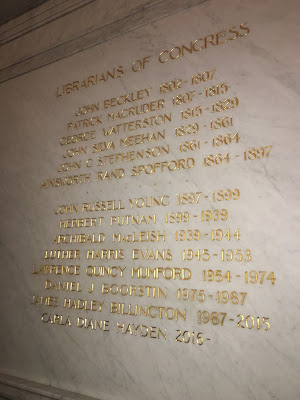 Another mark of Dr. Hayden's term in office was the completion of the carving of her name in the wall as the 14th Librarian of Congress.  They had just added the gold to the carving the day before. I tweeted a photo of the wall and she tweeted back to me. 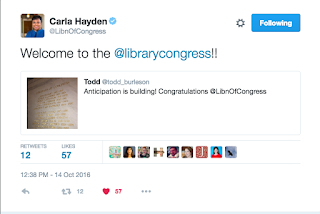 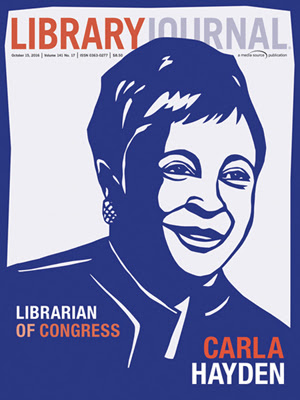 Dr. Hayden greeted me with a giant hug and as we walked into her main office she clung to me like a mom or a grandmother would do.  We spent the next 45 minutes chatting about libraries, the SLJ award, the state of STEAM education in America and what's next for school libraries.  She was an amazing listener.  I kept trying to pull the conversation back to her and her work and she turned it right back to me.  She was warm, inviting and kind.  I felt like she and I had been friends for years. 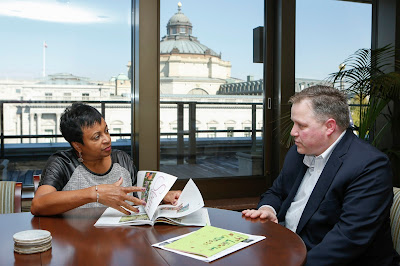 She briefly reflected on her time in Chicago, her work to renew the Library of Congress and her desire to continue to be on the cutting edge of what's coming. 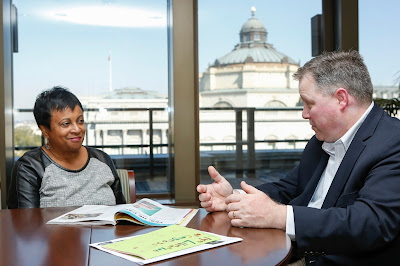 She actually invited me to be on an advisory board with her for bringing not just STEAM but adding the 'R' for reading to the equation; that would make it STREAM!.  I immediately said, "YES!" 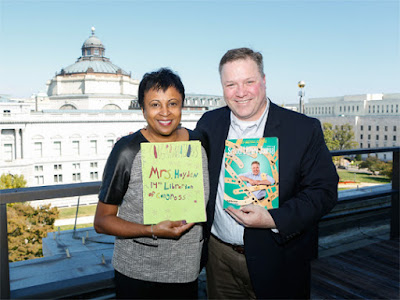 Too soon it was time to go; I could tell she had a very busy day planned.  Frankly, I was impressed that she took as much time with me as she did.  She was, after all, only in her fourth week! 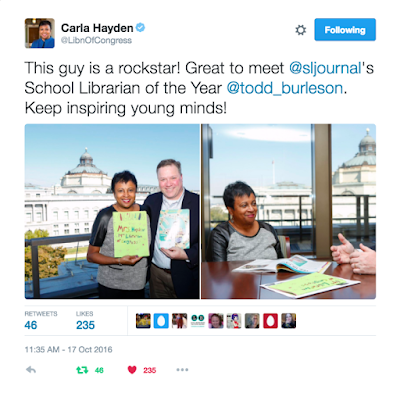 It was an incredible visit, one that I will never forget. Hopefully, this will not be my last.
Later in the day, I got the above tweet, where she called ME a rockstar!  You're doing something right when the world's most important librarian is calling YOU a rockstar!
I am eager to be part of her plans to continue to help the Library of Congress and libraries around the world to evolve!  Thank YOU, Dr. Hayden!

Email ThisBlogThis!Share to TwitterShare to FacebookShare to Pinterest
Labels: School Librarian of the Year, Todd Burleson