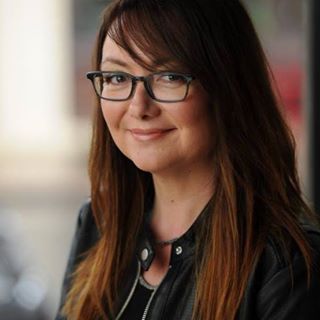 1. How did you go about writing a beginning reader book? Did you research the style first and then try one? Did you contact the publisher first?

Yes, I read as many early readers as I could get my hands on. I found that “Level 2” books were my favorite, so that’s what I set out to write. I initially wrote a three-book series about an odd couple. My agent sent that to Heidi Kilgras, an editor at Random House. She said she loved the voice but felt the stories were too quiet for the Step-Into-Reading line. Each publisher’s line of early readers has it’s own feel. The SIR line is extremely commercial. Heidi wanted me to write something that would “leap of the racks”. Something that could compete with licensed stories based on popular TV shows. So I wrote a new manuscript with that in mind. Happily, my editor thought it was a good fit! Since then, I have sold her a second early reader which is tentatively scheduled to come out next year.
2. Where did you get the idea for Pizza Pig?
Many years ago, I started working on a picture book manuscript about an animal chef (a cow) who knew exactly what all her customers wanted. Her name was “Chef Moodette”. It was kind of like a PB version of the movie “Chocolat”. I never worked out the ending, though, so I just set it aside. That idea ultimately morphed into “Pizza Pig” and I finally figured out an ending that I was happy with. 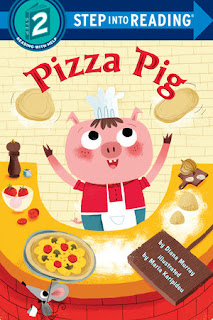 3. How did you get in with Random House's beginning readers?
It was just a matter of my agent submitting my manuscript there. No real secret to it. I also received the publisher’s guidelines document which described specific rules for each level of reader (number of words per page, etc.) That was helpful to have.
4. What tips would you tell Grog writers on writing beginning readers?
Pick a level to focus on within a specific line. Pay special attention to word length and sentence complexity, repetition, and providing clues through illustrations. 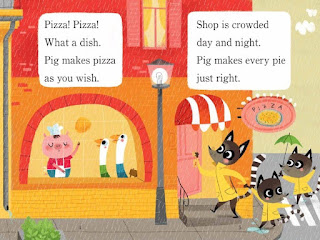 5. How long have you been writing?
I’ve been writing seriously for about 10 years. I joined SCBWI in 2007 and that’s when I first considered writing as my job (even though it was quite some time before I made any money doing it). But I have enjoyed creative writing and drawing since I was a child.
6. Can you tell us what you're working on?
I have a bunch of forthcoming books that I’m really excited about. As I mentioned, I have another early reader coming out with Random House. It hasn’t been officially announced yet, but I think I can reveal that it has to do with dinosaurs and math. This May I have a picture book coming out called “SUMMER COLOR!”, and in November, a book called “ONE SNOWY DAY”. Other forthcoming projects include, “UNICORN DAY!”, “GOODNIGHT, VEGGIES”, and many more.
7. For fun: What's your favorite pizza?
In my experience, Brooklyn pizza is the best, but I’ll eat pretty much any kind of pizza I can get! Especially if it has mushrooms on it.

Book Review: Pizza Pig by Diana Murray is a rollicking, rhyming beginning reader that begs to be read again and again. Little pizza lovers will enjoy all the fun and unique toppings. Pizza Pig pleases all his customers with his creative pizzas except Turtle. She doesn’t seem to like any of his pizzas. But when Pizza Pig comes up with a brilliant solution, readers will leave satisfied and encouraged to try themselves.
PIZZA PIG book trailer on YouTube: https://www.youtube.com/watch?time_continue=1&v=dv_HGoYqBU4
Bio:


Diana Murray writes poetry and books for children. She is the author of CITY SHAPES (Little, Brown), GRIMELDA THE VERY MESSY WITCH (Katherine Tegen Books/HarperCollins), NED THE KNITTING PIRATE (Roaring Brook Press/Macmillan), DORIS THE BOOKASAURUS (Imprint/Macmillan), GROGGLE’S MONSTER VALENTINE (Sky Pony Press), and many other picture books. Her poems have appeared in magazines such as Spider, Ladybug, Highlights, and High Five. Diana recently moved from the Bronx to a nearby suburb, where she lives with her husband, two very messy children, and a goldfish named Pickle. For more information, please visit: http://www.dianamurray.com
Posted by Tina Cho at Wednesday, March 07, 2018