At a Loss for Words? Try Making a Word Bank by: Barb Rosenstock for Sherri Jones Rivers

I first met Barb Rosenstock several years ago at a summer writing conference. I was fortunate to get a critique session with her on a picture book bio. She was tough, but encouraging, saying she thought it was 100% marketable, but not in the rambling shape it was in at that time. I am still working on that manuscript, and her suggestions made it much better and helped tighten it up. She introduced the conference attendees to the idea of a word bank, showing how she used one for her book Fearless. She graciously agreed to sharing her expertise with readers of the GROG. 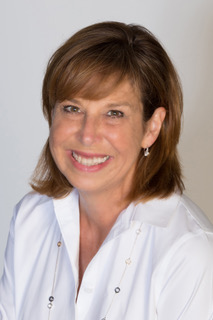 Writers know words...lots of words, way more than the average non-writer, enough to win trivia contests, enough to plead guilty to reading the thesaurus for fun, enough to remember esoteric roots, prefixes and suffixes...words, words, words...ad infinitum, ad nauseum, ad mortem. So, why, while writing this week, will so many of us stare at the space where the next sentence should begin and think, "Yep, I'm totally out of words"?

What the world casually calls "writer's block" is, to a working writer, an hour or a day or a week of losing time and money. Not to mention the general fussing, freaking out and feelings of failure that can send creativity packing and self-esteem plummeting for way longer than necessary. We know we're good at words and writing is "just words" after all, so...what's the big deal, why are we making things so hard on ourselves?

Writing for children, and writing picture books in particular, depends intimately on which word is used, when, and why. Whenever you're trying to communicate deeply and authentically, that next sentence is not "just words." It's "just" the right word and the right word after that, and after that until those magic words THE END. And by "right" I mean perfect, or at least as perfect as we know how to be until our editors encourage us to be more perfect. Striving for perfection is necessarily daunting.
As an un-trained writer, when I was starting out, that "what's the next word" panic used to stop me from a good writing day way more often than necessary. One morning, while working on the manuscript that became The Camping Trip that Changed America, 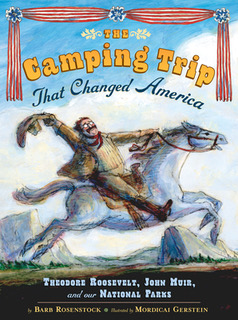 I was stuck (again). But that day, for some reason, I stopped beating myself up and realized that of course, I knew the words. I just needed a better way for my brain to access them more easily as I was creating.

So, still in somewhat of a panic, I wound up creating a super simple tool that has worked for me. This is a writer's tool that I've taught to pre-published writers and also to kids as young as kindergarten. It's called a "word bank." And this is how it developed.

Remember now, I was stuck, not actively writing the story. So, just to feel somewhat productive, I started a new document and listed what I thought might be all the major themes of my story. In the case of The Camping Trip (at the time titled "Teedie & Johnnie"), this is the list I wrote that day:

I got out the thesaurus (today I would use the synonym finder in www.rhymezone.com and if you have a better site than that, please tell me about it!) I don't have the space (and you don't have the patience!) for me to show each theme, but using Environment as the example, it looked something like this:

It was not a rote copying exercise. I did not list every word I found. I left out what had nothing to do with my story (like the word/name "Marco" which is still listed under environment, and I still don't know why). I also left out words that would obviously never be in a children's book (like the word "gnotobiotics," but on the other hand, you never know!).

Making these lists, I was not instantly hit with a bolt of lightning. 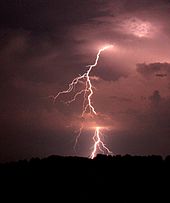 I was not even convinced that the exercise was worthwhile. I ignored the part of me that said (repeatedly) that it was probably a waste of time. It wasn't until I had looked up all the themes and listed all their related words, that patterns started to emerge. Over the next hour or so, it was as if the word bank itself helped my brain work in a different way. I noticed that the word "mood" came up in two or three of my themes, as did ideas of friendship and compatibility. I began to connect my themes in relationship to each other. I realized that relationships can grow in nature, and that those relationships can be transformative. Muir and Roosevelt built a friendship--what did that mean for my story? What did that mean for the country? And the next thing I knew, I was no longer stuck; in fact, I had so many words and inter-related ideas than I could hardly get them all on the page.

Later, for other themes, like Trees, the benefits were different but just as important. In listing related words like "leaf, branch, root, trunk, cones" I realized that so far in my drafting, I hadn't really brought my characters (or my audience) into the trees. I needed to show what it was like sleeping next to trunks, gazing up at pine cones, brushing against branches. The "word bank" helped me specify details and actions. In general, my word listings helped with verb and adjective choice. "Support, steady, bond, respect, trust, spirit, play" were words or ideas that made themselves into the final manuscript from my initial listing in the word bank.

After this first word bank, I made others for the drafts of my next four books. Studying the words that were related to my themes taught me that a picture book is much more complex and interesting when its themes and language interplay. For example, there's a scene in The Noisy Paint Box where the young Kandinsky 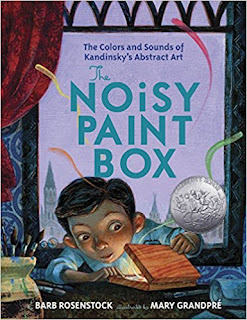 paints a painting and says, "It's music!" But because of a word bank on the theme "music," I later added the very specific action "waltzing his painting around the house." The idea of this child's body movement taking cues from the music he experienced while painting then proceeds throughout the book. The verb choices in that book were entirely driven by the word banks that were created the week I was stuck on a very early draft.

Someone recently asked if I make a word bank for every book now. The honest answer is not always. Certainly, almost never as thoroughly as I needed them initially. Recently though, I did make an extensive list of "claustrophobia" related words for
Otis and Will Discover the Deep. I knew I just wasn't getting the right feeling of adventure/terror/danger, and the list would help. It did. I believe the initial word banks did their real job of changing the way I think about writing a picture book story. The word banks taught me to focus on the ideas in my writing but also on all the alternative meanings and manifestations. I've learned more confidence in my words and the value of spending thoughtful time seeking connections between them.

Barb Rosenstock loves stories best. She's the author of award-winning nonfiction and historical fiction picture books, including the 2015 Caldecott Honor Title The Noisy Paint Box, illustrated by Mary Grandpre. 2018 titles include Blue Grass Boy with Edward Fotheringham, The Secret Kingdom with Claire Nivola, Otis and Will Discover the Deep with Katherine Roy and Through the Window with Mary Grandpre. She lives near Chicago with her family and two big poodles.