A Kidlit Breakfast with Buds ~ by Patricia Toht

This past Saturday, I joined hundreds of other children's literature lovers at the annual Andersons' Book Breakfast. 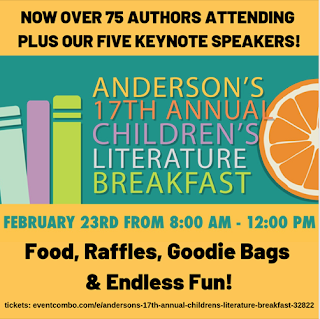 Anderson's Bookshop is a Chicago-area independent bookseller that specializes in selling children's books and providing book fairs. For 17 years now, they have gathered teachers, librarians, authors, illustrators and others together for a kidlit celebration. Their breakfasts are so popular that they've outgrown location after location. Attendance this year was 500+ attendees!

The program of the day included talks from the speakers, book recommendations from the Andersons' staff, and several 10-minute breaks, during which Illinois authors and illustrators visited tables to discuss their books. Having been to several book breakfasts, I knew that I would come away with wonderful stories and bits of advice, so I've collected some here for you. 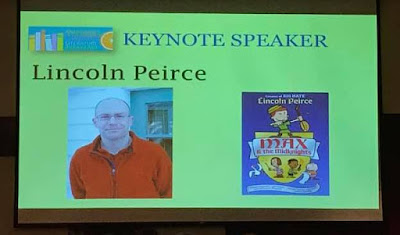 The first speaker of the day was Lincoln Peirce, author/illustrator of the BIG NATE books.
(I was surprised to discover that I have been saying his name all wrong! His last name is pronounced "purse"!) Lincoln said that he set out to write the kind of books that he liked to read as a child. Instead of gravitating to novels, he was drawn to Charles Schulz' collections of Peanuts cartoons. BIG NATE began as a syndicated comic strip in 1991, and has grown to include both novels and comic books. Not wanting the series to go on too long, he has now ended it and begun something new -- MAX AND THE MIDNIGHTS. Wanting more variety of sights and interactions, MAX is not tied down to one location in the medieval world, and the first novel packs quite a surprise on p. 48! 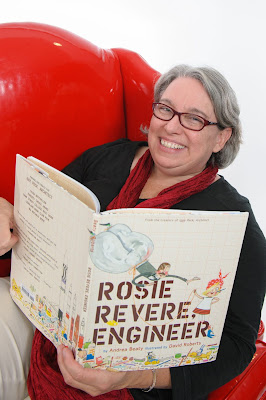 Next up was the always entertaining Andrea Beaty, author of powerhouse STEM books. Andrea stated that all of her books begin with "What if...?" The first one in her series, IGGY PECK, ARCHITECT, was based on her son's love of making structures out of any material he could find. When it came time to write the second book, Andrea looked at the illustrations by David Roberts to provide some clues. She said that, while she knows things about her characters, the illustrator knows different things from bringing the characters to life through art. Pouring over IGGY, she spotted the girl that would become ROSIE REVERE, ENGINEER, and began to ask herself questions about Rosie's story. She followed the same path to create ADA TWIST, SCIENTIST and the just-announced SOFÍA VALDEZ, FUTURE PREZ. This reminded me, as an author, of the importance of leaving room for the illustrator!

Andrea also talked about the importance of local, independent bookstores. She credits her locals with the success of IGGY PECK -- through hand-selling and word-of-mouth, the book grew in sales each quarter. Andrea stresses the value of getting to know your local indies and forging those relationships! 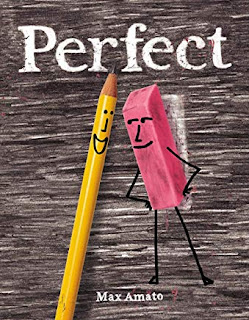 Max Amato spoke about his debut picture book, PERFECT. Max had to return to the drawing board with this book after another title came out with a nearly identical theme of turning mistakes into creativity. Instead of giving up, he asked how he might tell the essential message in a different way, which led to PERFECT. In it, pencil and eraser have conflicting goals but find that joining forces allows for something pretty cool to happen.

Next, Illinois illustrator and Caldecott winner Matthew Cordell took us through "My Caldecott Year." It began with an early morning phone call informing him of his win and sped through months of activity (including the celebratory trip to Disney World!). Despite the demands on his time, Matthew found the time to keep working, and has multiple books coming out in the coming years. He shared his sketches from the picture book biography of Fred Rogers, which had me squealing like a fangirl. 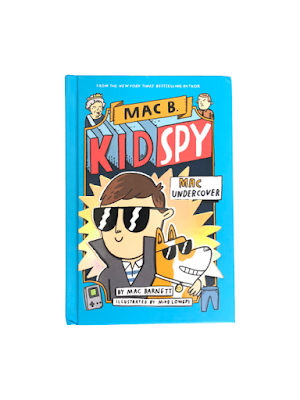 Wrapping things up was Mac Barnett. His books range from picture books like SAM & DAVE DIG A HOLE to the novel series THE TERRIBLE TWO. His newest series is "autobiographical" -- the adventures of a kid named Mac, who also happens to be a spy (MAC B, KID SPY). I love how Mac is not afraid to jump to the preposterous from the opening chapter of Book 1. The Queen calling Mac at breakfast to request his help? Of course! 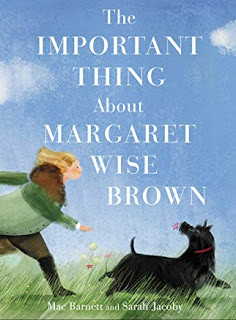 Mac also shared the text of his upcoming picture book biography, THE IMPORTANT THING ABOUT MARGARET WISE BROWN. Funny, sentimental, and signature quirky, I felt this book perfectly captured the voice of the author. The book had the audience sighing at its close.

This was my first Andersons' Book Breakfast as an author, so it was an especially meaningful one for me. After the meal, the speakers, and lots of table talk, I joined other Illinois' authors and illustrators at the book signing tables. We discussed what a dynamic kidlit state we have and thanked our lucky stars to have thriving, generous indie booksellers like Andersons' Bookshops.