Do you like fun but heartfelt picture books? Then, "moo-ve" over, and make room I've Got a Cow Called Maureen by debut author Erin Le Clerc and illustrator Tisha Almas. 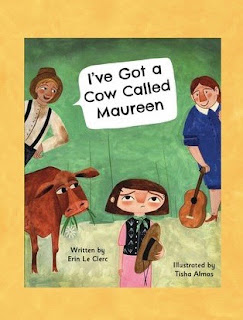 Review
This picture book, which debuted spring, 2019, from Clearfork Publishing, is aimed at readers ages 5-8 or grades K-3. However, older readers and adults will identify with poor Maureen, who is teased for her name. No matter where she goes, Maureen's name proceeds he – it seems all the farmers have a cow called Maureen. Maureen however, is determined to make folks change their tunes about her when she teaches herself how to Swiss yodel. The townsfolk are impressed and enter her into a radio talent show and she wins!

The book is inspired on the true story of Erin's Nana who became Australia's Swiss Champion Yodeler, in spite of the fact that she was partially deaf. Fun, whimsical illustrations lend a fresh, folkloric quality to the story, too.

Readers will root for Maureen and identify with her stage fright, her feelings that she's not good enough, and her spunk in facing challenges. Teachers and librarians will want to this story of diversity, bullying, and acceptance that kids will enjoy and can be use for class discussions. 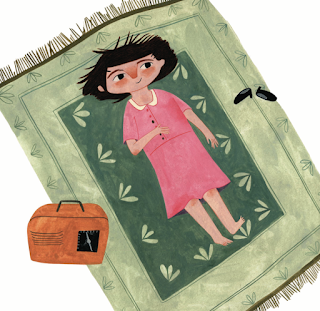 How did you begin your writing career?

Erin: It all started at three years old, when I declared to my Nana “I’m going to be a writer when I grow up.” Turns out I was precocious! And bless my Nana, she said “of course you are, darling!” It’s feels hugely special that my debut picture book is all about her!

I’ve always loved reading, and I loved entering writing contests as a kid (I nearly won a trip to Japan when I was 11!). I’ve worked in professional blogging, and always dreamed of becoming a children’s author. It wasn’t until late 2015 that I decided I wanted to take action on this goal, and signed up for a Middle Grade writing course with Children’s Book Academy. I enjoyed it so much, that I signed up for their picture book writing course shortly after, and that’s where ‘I’ve Got A Cow Called Maureen’ was born!

Tell us about your publication journey.

Erin: My journey is a little bit of an odd one, I think! One of the courses I participated in with Children’s Book Academy had a “Golden Ticket” opportunity at the end, where you pitched your story to editors and agents. My story was quickly picked up by Clear Fork Publishing in late 2017, and was officially released in April 2019, about 18 months later.

At present, I’m working on several more picture book stories and a middle grade novel, and hoping to seek an agent. I would love to have a life-long career in writing, and my hope is that having an agent will help me navigate this!

Since you live in Queensland, AU, did you have an international audience in mind as you wrote MAUREEN? Is yodeling common in Australia today?

Erin: To be honest, when I wrote Maureen, I was just focused on telling my Nana’s story, about how she became Australia’s champion yodeler in the 1940s, as best I could. I wanted it to be humorous and heartfelt, and wasn’t really thinking about the audience! That said, later rounds of editing saw me adjust some words to make sure a broader audience could engage with the story.

As for yodeling, I think it’s a fairly uncommon style of singing here, and definitely a niche hobby! I think this is part of what makes my Nana’s story so extraordinary!

What stories are you working on now?

Erin: I’m working on four picture book manuscripts that are quite varied. One’s about body boundaries, another about dealing with feeling grumpy, one about how to calm yourself down, and another about a community being impacted by a catastrophic flooding event! I do find, however, that my “psychologist brain” always has an impact on my writing, because the common theme is about coping and self-care!

How do you carve out time to write with a full-time job? Advice for other busy writers?

Erin: This is something I’m still working on, truth be told. I think it’s a hard technique to perfect!

I tend to write in dribs and drabs, and my goal is to create more scheduled time for writing. I definitely find I work best when I’m alone at home, as I find the quiet helps me to think and imagine.

I have a lot going on in my life, so the best advice I have for other busy aspiring writers in the same position is this: write in whatever space/time that works for you, and don’t beat yourself up! Writing and self-flogging don’t make good bedfellows! I try really hard to keep writing feeling like a choice and a relative joy, rather than an obligation/punishment.

What advice do you have for querying writers?

Erin: Don’t lose hope! Publishing is a very subjective industry, and there’s a lot of work that goes into finding the right agent and the right publisher at the right time! (A large amount of hard work and dash of luck!)

If you’ve had a few rejections, don’t despair, but also don’t be afraid to stop, take a few deep breaths, and take a harder look at your manuscript(s). Whenever I’ve had a couple of weeks away from a manuscript I thought was “just right,” I find that distance helps me see where I can strengthen it, or add a bit more flair.

Readers can find I've Got a Cow Called Maureen here:
Amazon (UK, USA, AU), Barnes and Noble  and at independent bookstores by special order.  (We found it at Cover to Cover Books for Young Readers in Columbus, OH.) 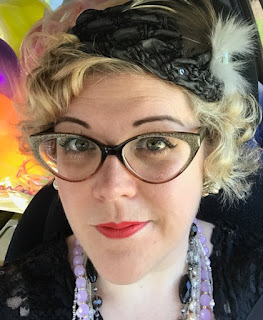 AUTHOR BIO:
Erin Le Clerc grew up with seven siblings, three ghosts, two eccentric parents, and a multitude of animals in a crumbling abandoned hospital in the suburbs. This vastly informed her imagination! She’s also tremendously proud of her Australian “bush heritage,” which she inherited from her Nana Maureen – Australia’s Champion Swiss Yodeller in the 1940s – the subject of her debut picture book I’ve Got A Cow Called Maureen. Erin spends her “9 to 5” working as a psychologist, and her “5 to 9” writing inspirational stories filled with adventure and fun.