Shannon Hitchcock Writes from a Sense of Place 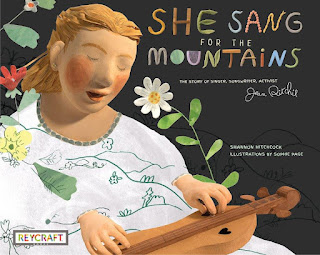 She Sang for the Mountains: The Story of Jean Ritchie Singer Songwriter, Activist
by Shannon Hitchcock; illustrated by Sophie Page
‎Reycraft Books, 2021
Jean Ritchie grew up in the Cumberland mountains of Kentucky. There was no radio in her home; instead, her family sang. She eventually went to college and moved to New York to work, but music stayed with her.
I grew up listening to Jean Ritchie and others sing Child ballads and protest songs. So when I heard that Shannon Hitchcock had written a book about Jean Ritchie, I knew I had to read it. And then, because of so many different connections, I knew I had to give Shannon a call. Because...
Fortunately, Shannon picked up the phone…
Me: Your books have such a sense of place. Even without illustrations, the language – hoot owls, rain playing a lullaby on the farmhouse roof – evokes images of rounded, green mountains and a slower pace to life. 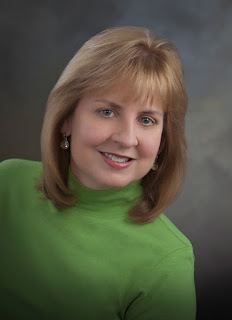 Shannon: A lot of those words, that language, comes naturally. I grew up in rural North Carolina on a 100-acre farm. The people in my family are big storytellers; everyone embellished stories of things that happened. The language is figurative, though a lot more so a generation ago. People now are influenced by TV, radio, travel. My grandparents, not so much. In fact, my grandfather never spent a night away from home. So they amused themselves by telling stories.
As the kids grew up and started their own families, they got parcels of the original farm. So we all lived close together and gathered for family dinners and holidays. That’s when the storytelling happened.
Though I haven’t been to Kentucky, when I read Jean Ritchie’s autobiography (Singing Family of the Cumberlands) That book resonated with me and I felt a kinship. It reminded me of how my grandfather grew up, how I grew up. I wanted to know more, so I started researching.
Me: In your book about Jean, you show a sense of time and change. She moves away from home and even writes protest songs, yet there remains an anchor to her home in Kentucky.
Shannon: Although Jean spent most of her married life in Port Washington, New York, she had a deep sense of belonging to Kentucky. She owned a cabin in Kentucky and is buried there in her family’s plot. Her love of her homeland not only shines through her autobiography, but also in the books she and her husband, photographer and filmmaker George Pickow created together. Their books document Jean’s love of her home and mountain music. Here is a wonderful article that showcases some of George's photographs of Jean and features some of her singing.

Jean wrote “Black Waters” to protest coal mining and mountaintop removal that was poisoning the rivers in the 1960s. Rainwater would pick up sulfur and other contaminants and carry them to the river below. The yellow and orange sludge stained the rocks and killed off the life in the river. Probably one of the best sources who wrote about Jean’s activism is Silas House. He shared this remembrance of Jean after she passed.
Me: Could you share how your books came to be published?
Shannon: I had been writing Appalachian biographies for a while, but no one seemed particularly interested in them. Then I read about Reycraft books in Publishers Weekly. I realized I’d met the editor, Wiley Blevins (he’s from West Virginia) so I sent him an email. Reycraft seeks diverse books, and I wondered whether regional diversity would fall under that umbrella. They were interested in my book Saving Granddaddy’s Stories, about the storyteller, Ray Hicks. I noticed that a lot of their books fall into series, or clusters, so when I submitted She Sang for the Mountains, I brought up the idea of doing a series. Fortunately they liked it, so I’m working on a third book in what I call my Appalachian biography series. It’s about quilting. God willing and the creek don’t rise, it will come out next year. 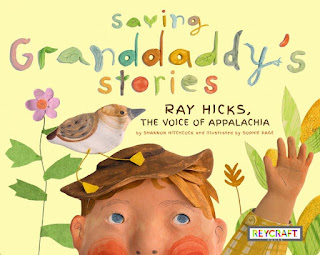 Shannon also mentioned the importance of finding an editor your story resonates with. It turns out that Wiley Blevins, the editor at Reycraft, is the grandson of a coal miner. He suggested that Sophie Page, who did the wonderful mixed media illustrations, use actual coal. She did, and it adds a distinct flavor to the art.
We then got to talking about Jean Ritchie songs that inspire us. One of Shannon’s favorites is Jean's environmental hymn, “The Cool of the Day.” For me it was the first song I played on my dulcimer: “Shady Grove.” You can find some early recordings of Jean Ritchie in the Alan Lomax collection.
Check out Shannon’s website here, where you can find out more about her and her wonderful books. Review copy provided by the author.
Posted by Sue Heavenrich at Wednesday, November 03, 2021