As I write these words, close to one hundred people are making their way back to Wisconsin, California, Ohio, Pennsylvania, Connecticut, New Hampshire, Vermont, New Jersey the U.K. and many more locations.  My mind is still spinning with the new connections, opportunities and possibilities that I was introduced to at the second annual 21st Century Children's Nonfiction Conference in New Paltz, NY. 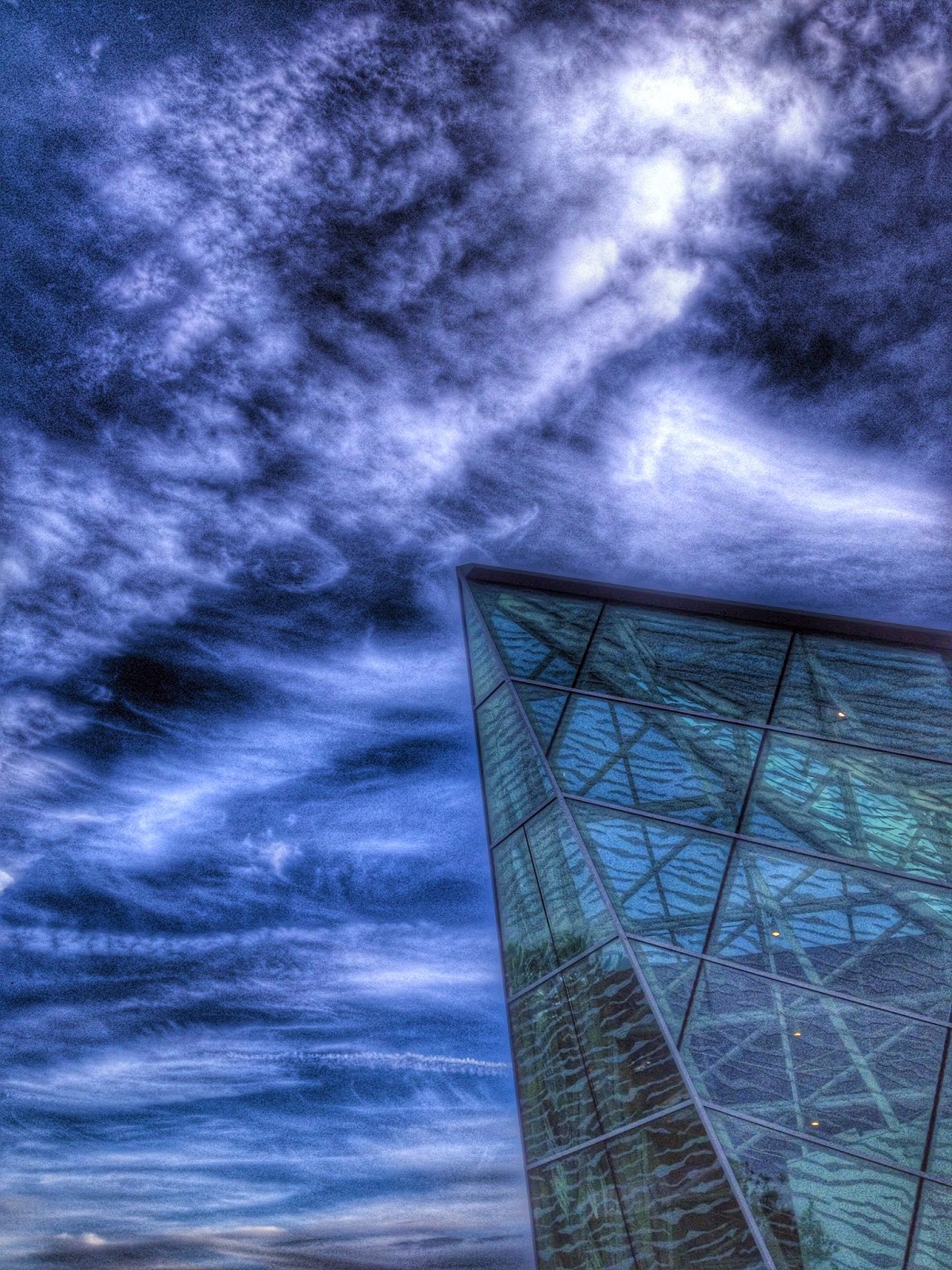 The Glass Atrium at SUNY New Paltz by Todd Burleson


The conference is the brain child of Lionel Bender and Sally Isaacs. Their mission statement perfectly framed this conference. 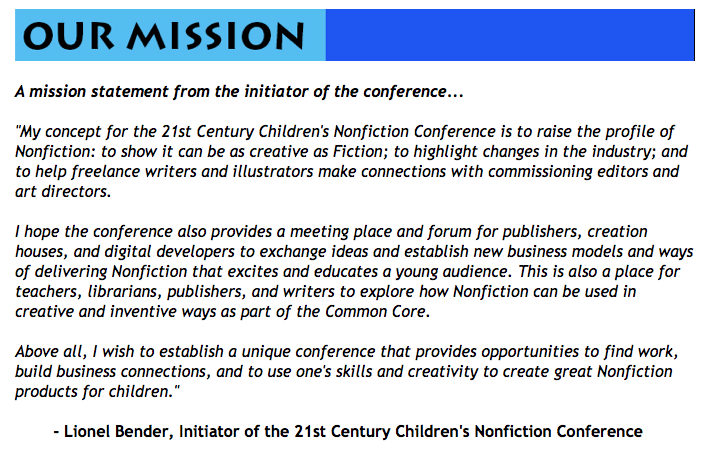 I learned about the conference through the the WOW Nonfiction Writing Group on Facebook.  I had no concept of what to expect, but came with an open mind and an eager heart.  I was curious about the many new ways that nonfiction material is being published: apps, games, e-books, enhanced e-books, etc.  I was also eager to have the chance to meet fellow GROGger Christy Mihaly in the flesh.  We teamed up to reflect a bit on the conference. 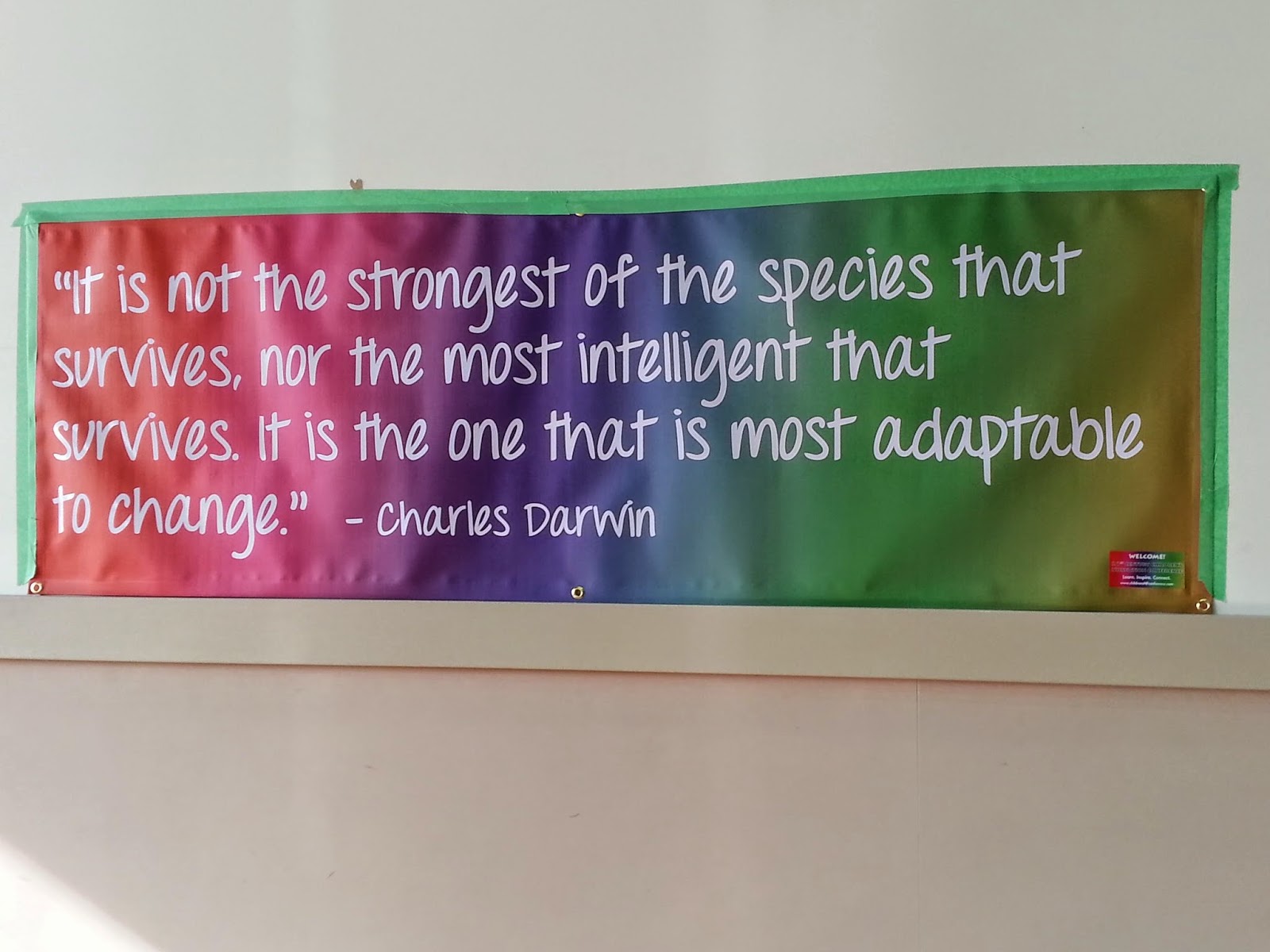 By Christy Mihaly
From the beginning, the workshops were different from any I had experienced at other conferences.  I first attended a three hour intensive workshop from three phenomenal authors, Julie Hedlund, Steve Swinburne and  Carolyn Yoder. Listening to each of these individuals speak about their work was a terrific way to begin the conference.  Julie shared her journey through the myriad of publishing paths.  Steve showed how the NF Picture Book market has continued to evolve and Carolyn helped us see that NF is alive and well. 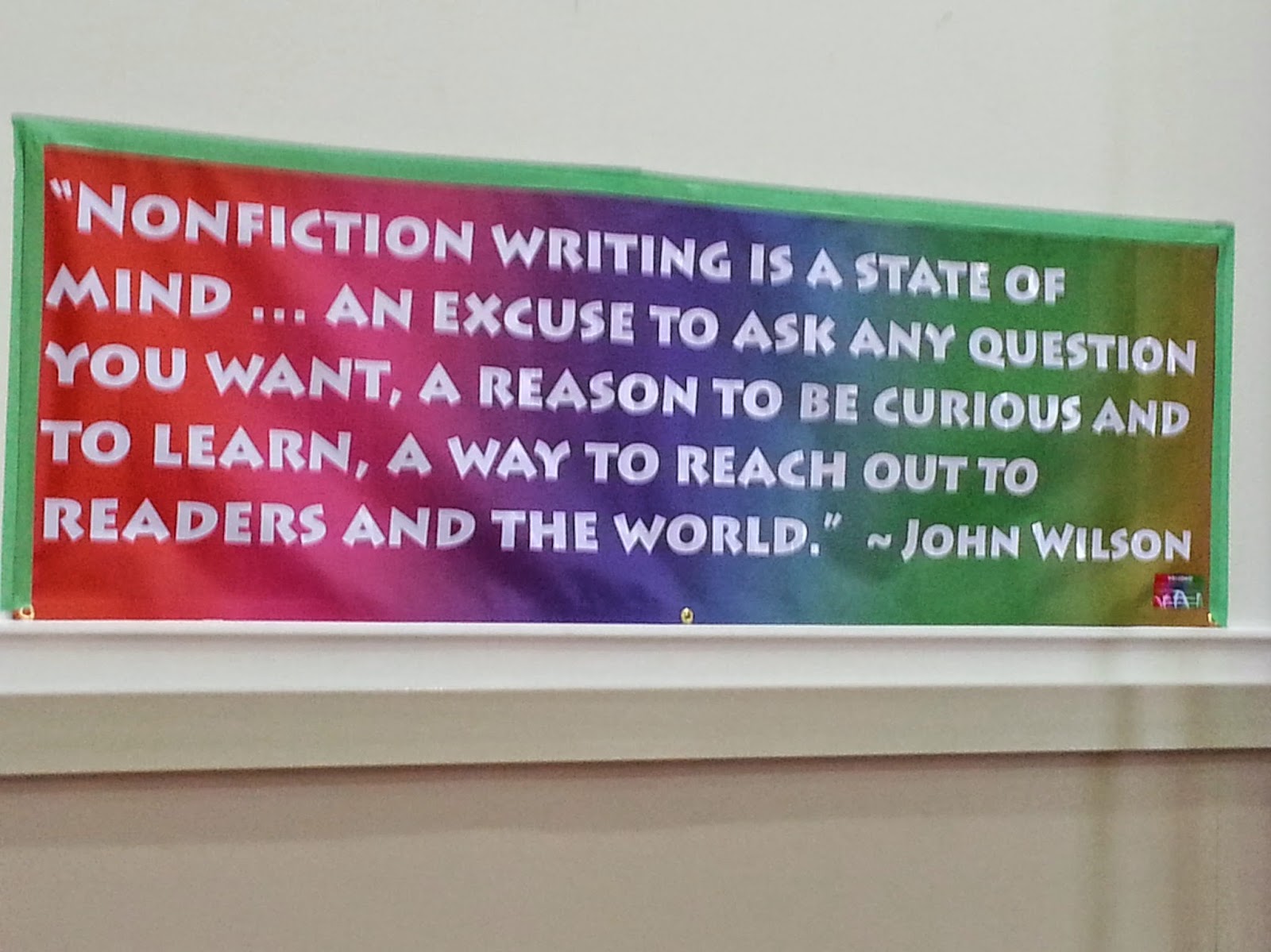 The second annual 21st Century Children's Non Fiction Conference truly did bring all parties together.  There were individuals at this conference from Pearson and Capstone (large educational publishing companies) to small start-up app developers like The Green Door Labs.  What made this conference unique to me was that every one of these people was accessible.  I had dozens of opportunities to speak with any one of them.  The relaxed 'down time,' spread throughout the day over iced tea breaks or delicious lunch or dinners, allowed a new author like myself to talk with these industry leaders. 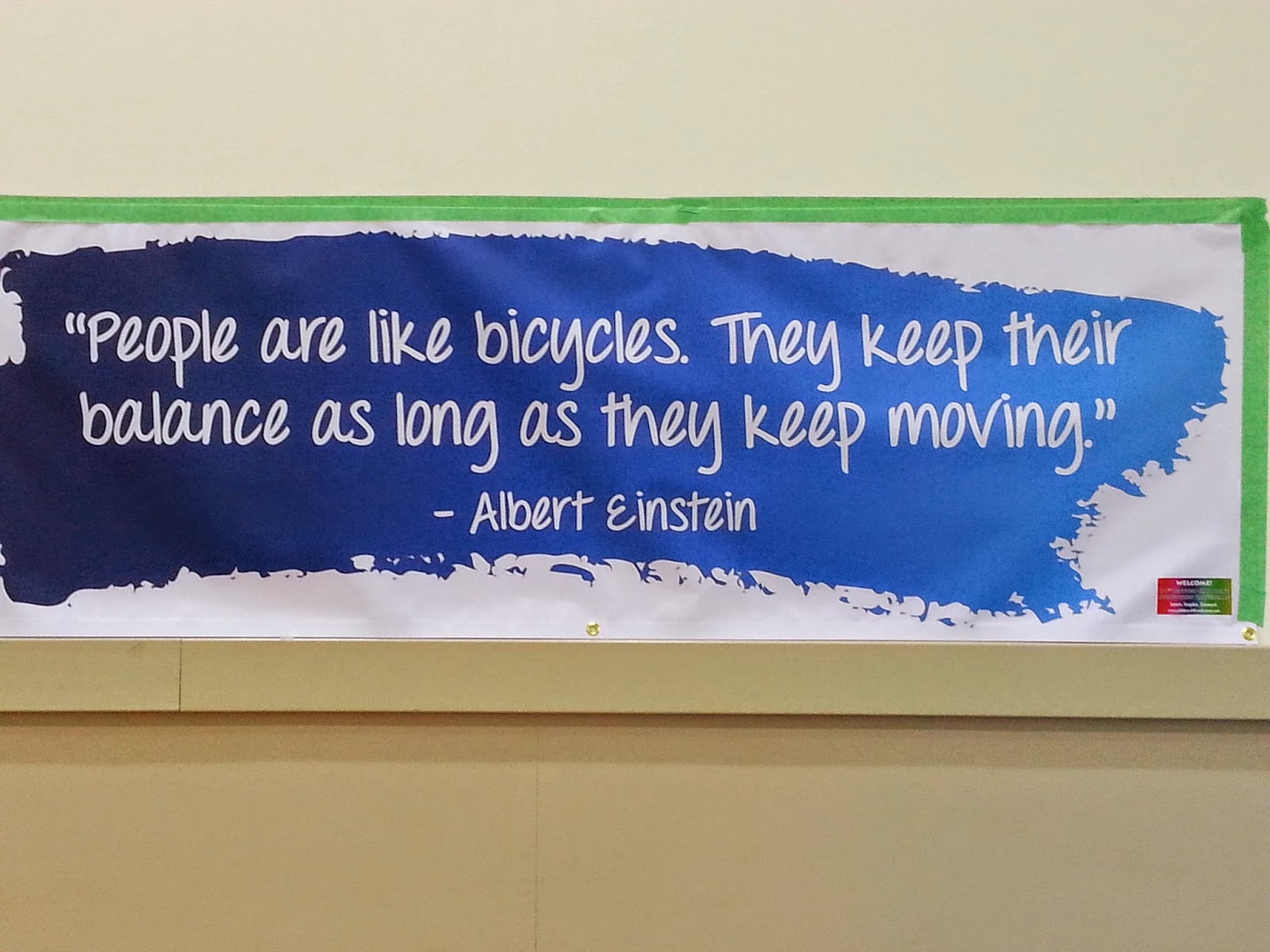 I spoke with Lionel and Sally about the conference.  They shared a bit more insight about their philosophy and goals of bringing all those in the industry together in one place.  "None of us has all the answers," Lionel said.  This was even seen in the structure of the sessions.  Almost all of the session were led by pairs of presenters.  This allowed participants to see a variety of perspectives and fostered an opportunity for the presenters to play off one another too. 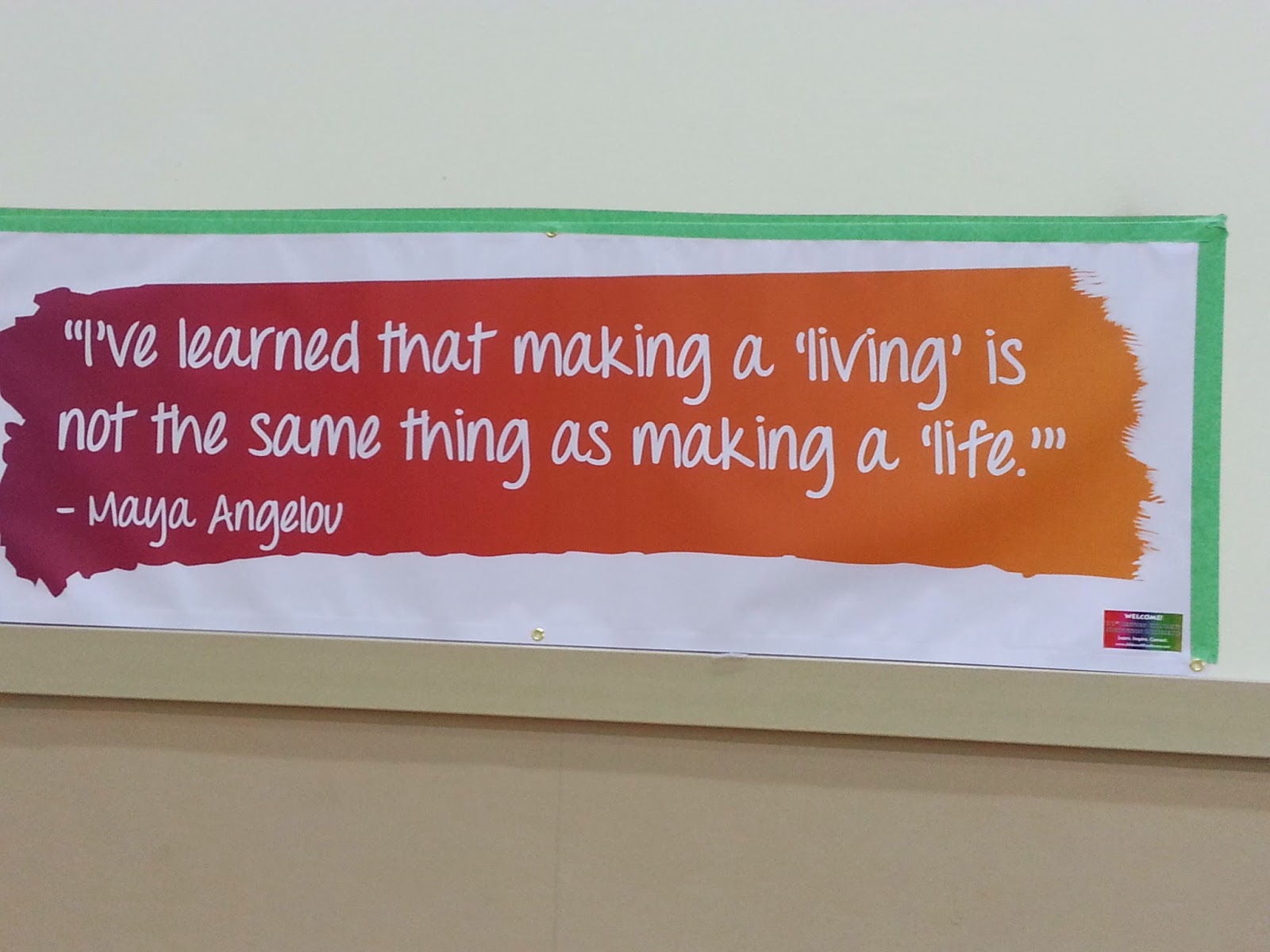 While always hoping to expand the conference, Lionel and Sally spoke passionately about the need for it to remain intimate and relaxed. 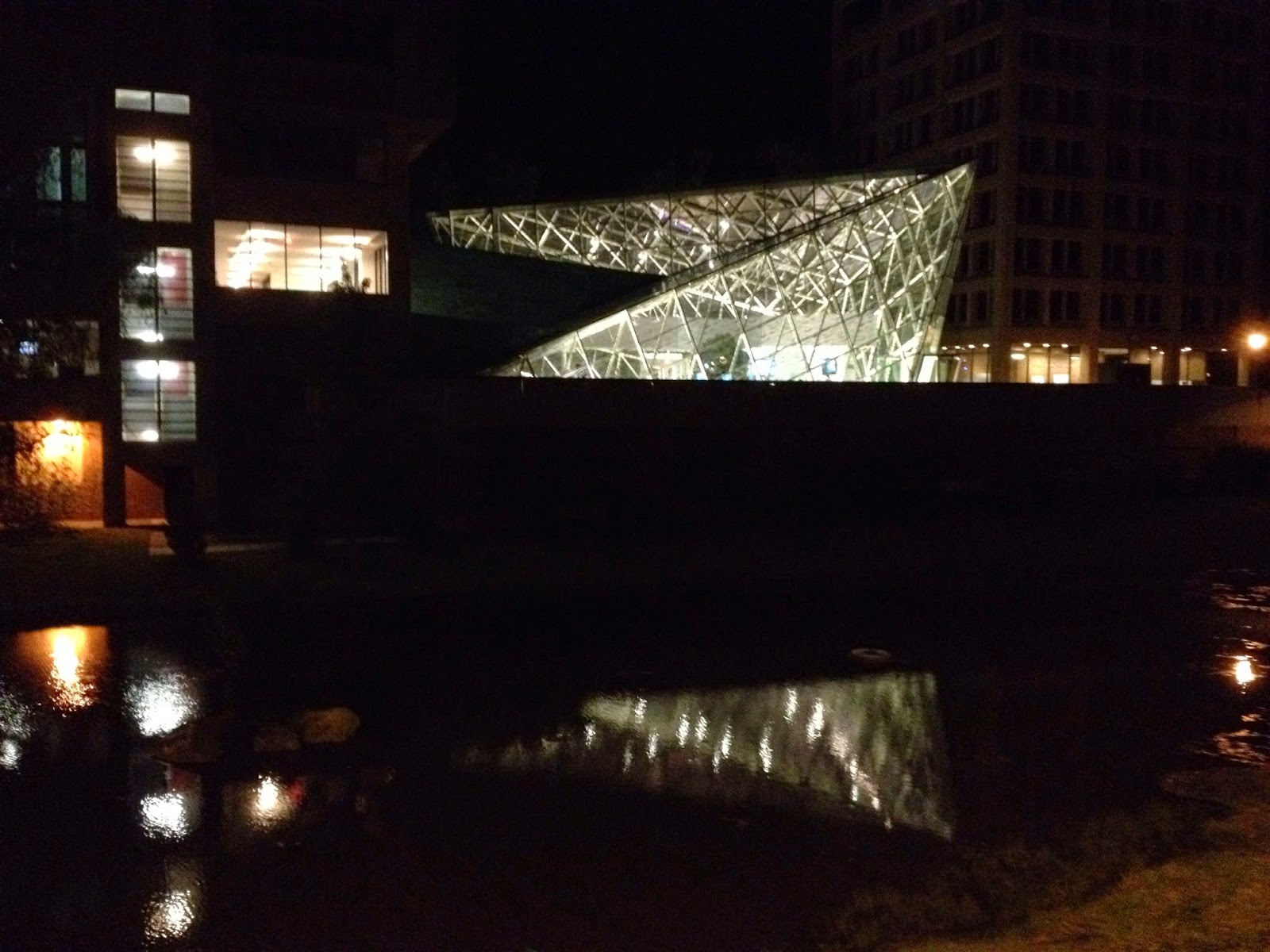 The Atrium at Night by Todd Burleson

What struck me most about the conference was the range of attendees.  I met people who did all manner of jobs associated with nonfiction writing.  There were people here who wrote for the educational testing markets.  I had dinner with someone who is a photo researcher.  There were archivists, fact checkers, photographers, illustrators, marketers, indexers (someone who actually creates indexes for NF work) and so many more.   SCBWI conferences are fantastic, but, the majority of those conferences are focused on fiction.  This conference truly responds to the needs of nonfiction creators. 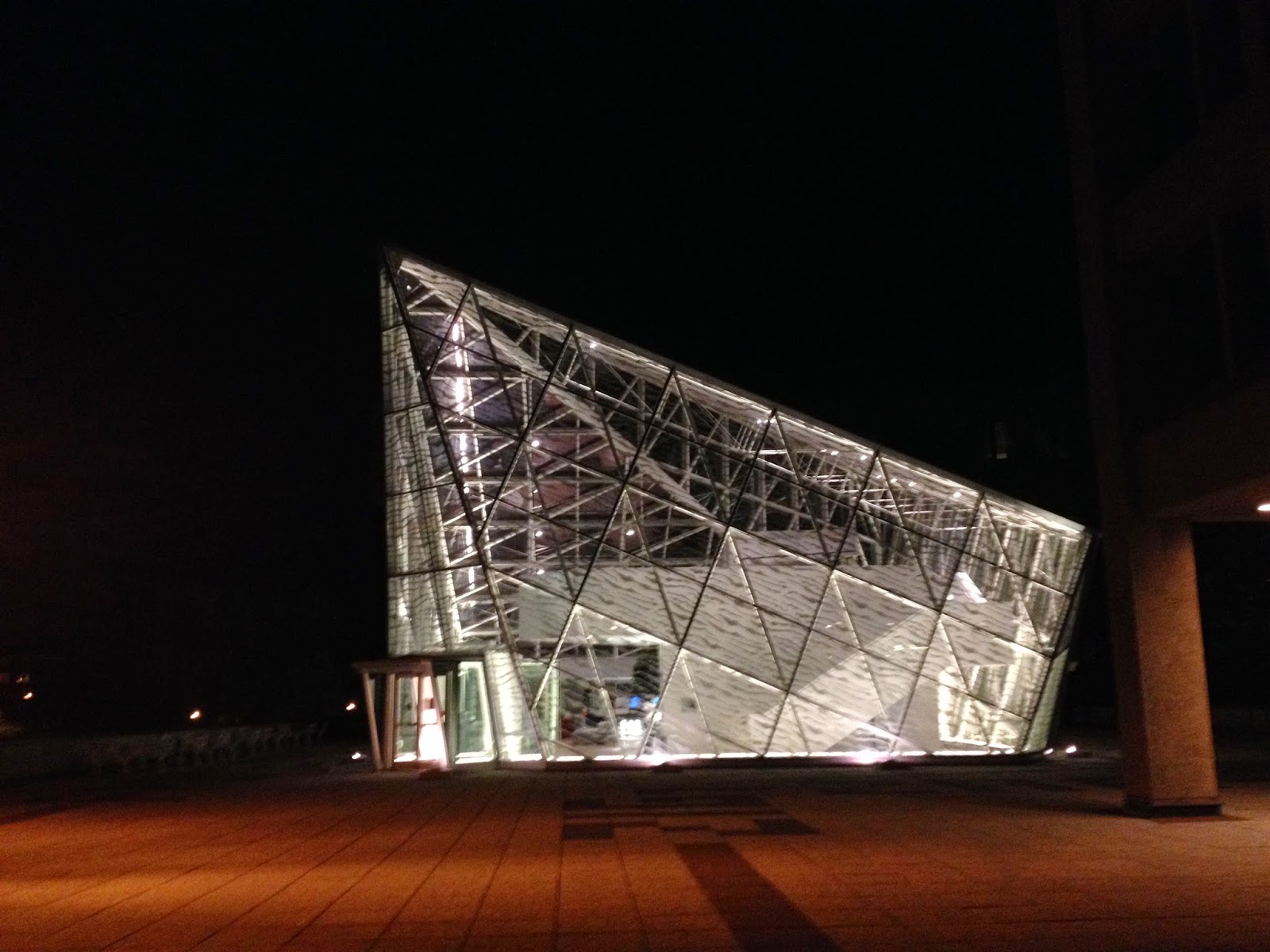 The Atrium by Todd Burleson

As a newer writer, I admit, I 'saw' publishing a picture book as my 'end game.'  Even though I had outstanding advice and guidance from Christy on this here blog, it wasn't until I sat down with Lou Warnycia to review one of my manuscripts, that I even thought about possibly writing for a magazine.  Lou enjoyed my manuscript (which was structured for a NF picture book) and suggested that I think about crafting it into a magazine piece.  I honestly didn't know you could do that.  In my mind, I thought once a story was published in a magazine, it could not be 'used' in another form.  Shows how 'new' I am right?  In fact, the 'story' I would write for Cobblestone or Cricket would be totally different from what I might submit to a publisher to be made into a picture book.  In fact, Lou shared a fantastic story with me about an author who had done exactly that.  To say I left my manuscript consultation with Lou on cloud nine is an understatement.  I was thrilled!

And so, as my colleagues slowly trickle back into their homes, I remain here at New Paltz for one more night.  I'm still trying to put all the pieces into the appropriate places in my mind.  One thing is for sure, I hope to come back next year!

Hi, it's Christy here, back at home sitting on my front porch with hubby, dog, and laptop, catching up and trying to update my contacts files!

I second Todd's remarks about the great content and connections at 21CCNC.  In a very full weekend, I learned about opportunities I hadn't realized were out there -- writing for tests, writing for hire, the educational market, magazines I hadn't known about, new online publications -- and they all need writers. I particularly loved having a chance to look over the many books, in many new formats, from the educational publishers.

I caught up with NF writer buddies (Hi Sue Heavenrich!), made new friends from the NF-for-kids world -- and what a treat to actually meet FaceBook writer colleague and fellow GROGger, Todd Burleson. The campus setting was nostalgic and appropriate -- it felt like a great place to learn!  As with all conferences, it was both exhausting and inspiring.  And now, it's time for me to go incorporate a few pointers and critique suggestions into my pending manuscripts.  Hope to see some of you next year in New Paltz!
Posted by Todd at Monday, June 23, 2014