Today, August 4th, is the birthday of Barack Obama, our forty-fourth president of the United States of America.

Happy Birthday to you, Mr. President.

Do you know that Mr. Obama is an author of a children’s picture book? Of Thee I Sing was written for his daughters and published by Alfred A. Knopf in 2010. The nonfiction book is written as a sweet,
tender letter to Malia and Sasha from their father.  Such a beautiful message that reminds the girls to follow their dreams and forge their own paths.

Included in the book is a tribute to thirteen Americans from the past and the present along with their achievements, ideals and contributions that shaped our nation.
The story begins . . .

Have I told you lately how wonderful you are?
How the sound of your feet
running from afar
brings dancing rhythms to my day?
How you laugh
and sunshine spills into the room?
Turning the pages of the book, Mr. Obama asks his girls several questions followed by information about a hero or a famous American who has made contributions to our country.

Mr. and Mrs. Obama have instilled the importance of many core values, in Malia and Sasha, including honesty, humility, self-discipline and respect. In the book, Of Thee I Sing, the girls are reminded of their positive characteristics and the belief of important family and individual values, that encourages them to grow into strong, young women. Mr. Obama then compares those traits to many individuals whom are known for their greatness.
Have I told you that you are smart?
Have I told you that you are inspiring?
A man named César Chávez showed farmworkers their own power when they felt they had none.
The people were poor but worked
hard and loved the land.
César picketed, prayed, and talked.
The people listened to their hearts
and marched for their rights.
“Sí se puede!”  “Yes, you can!”
The illustrations by Loren Long are expressive and reminiscent.  My favorite illustration depicts the innocence and promise of childhood and the hope for each one as they become our future leaders. The two page spread includes kids of all beliefs, races and religions, from the West coast to the East coast and all the states in between. This particular illustration, touches my heart, as I see a multicultural group of boys and girls, standing tall and proud, reminding me that America is a melting pot.
To learn more about the Americans featured in the book, a brief biography is written, including pertinent facts and data about each individual.
The presidential family’s dog, Bo, is even illustrated by the award-winning artist of this book!

Books written about strong individuals, whom are people of character and depict positive role models, are important books to share with our youth.

As a writer, consider the value of writing books with strong characters, for children to read, learn and grow.

This book is a true treasure. 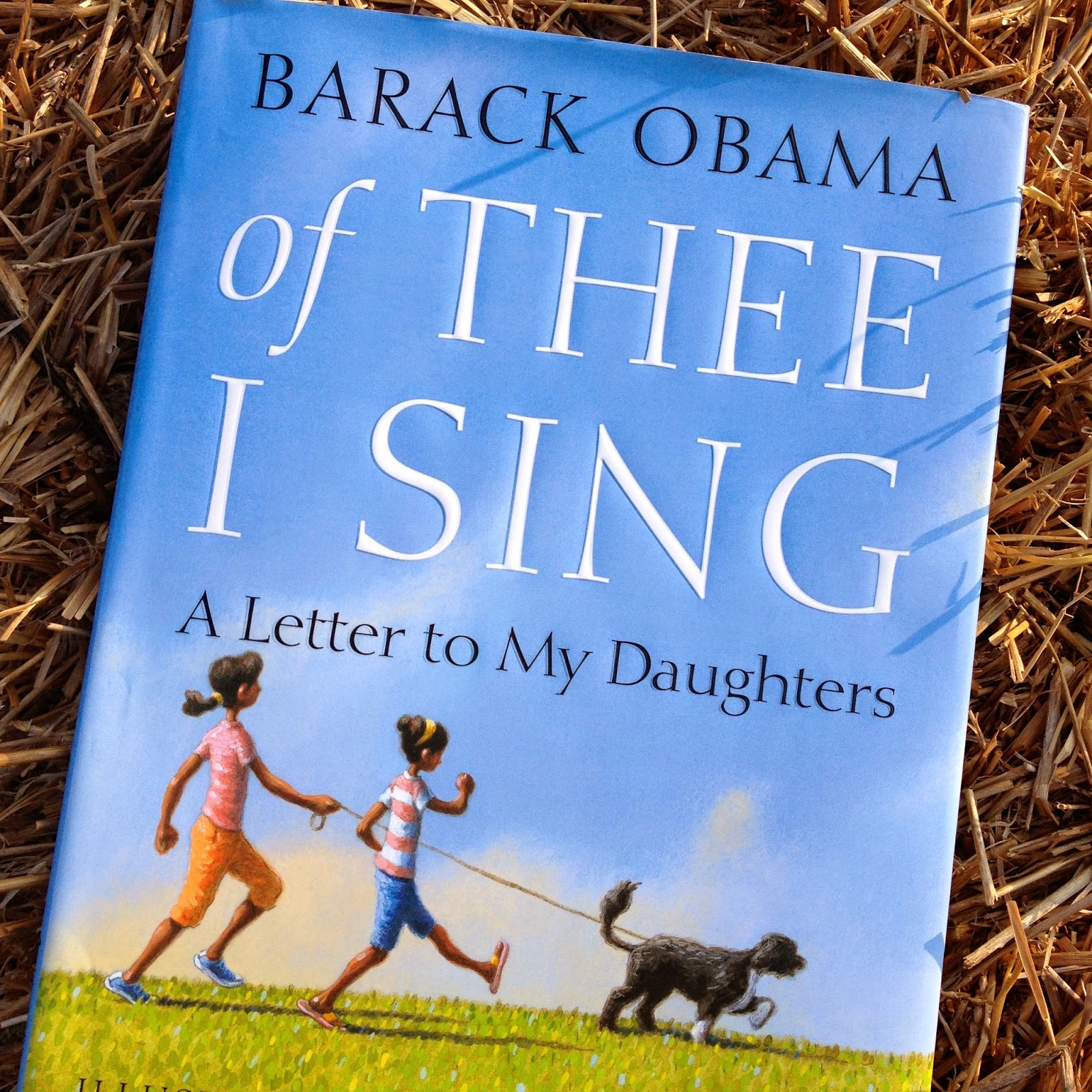 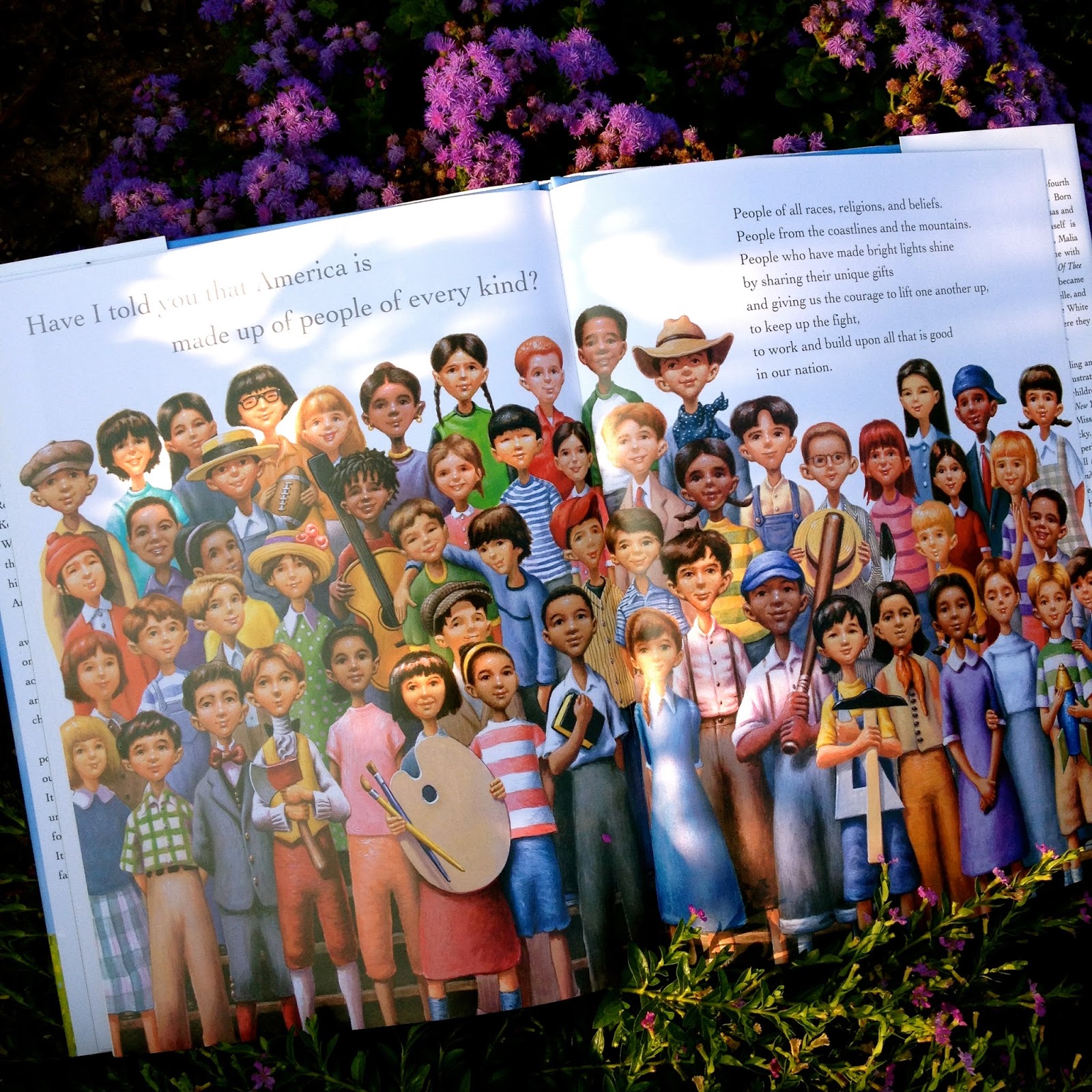