The Dog Days ~ by Patricia Toht

Some days, when I sit down to write, I feel like this: 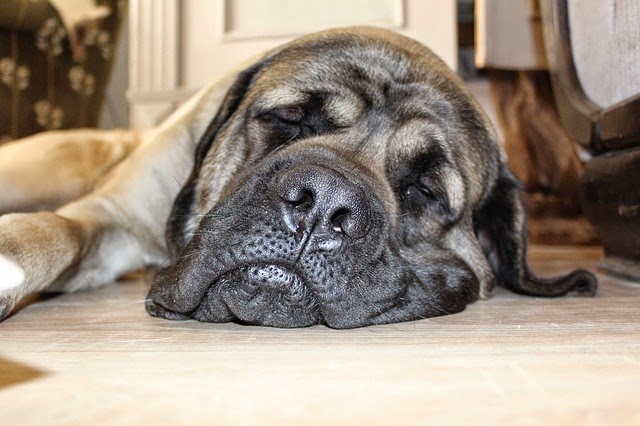 Whether it's due to an impasse in my manuscript, a flurry of rejections, or just an oppressive string of sticky 95-degree days, I can't seem to work up my writing energy. Many days I'll force my butt in the chair to tap away at the computer until I eke out a decent sentence or two. But sometimes (maybe too often) I'll play hooky.

The other day, to assuage my writer's guilt, I found myself thinking:

If I watch a movie related to children's writing,
it isn't really playing hooky, is it?

Now, I'm not encouraging you not to write. But one day, you may find yourself in the languor of dog-day-doldrums, and a wonderful movie related to kids' books might be just the escape that you need.

The first three that I recommend are fictionalized accounts of authors' lives, for those of you that don't mind a bit of whimsy and truth-stretching. 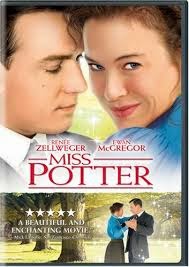 My favorite selection just may be MISS POTTER. The movie tells the story of Beatrix Potter's struggle be taken seriously in a male-dominated publishing world. Snippets of animation and a sweet love story add to its charm. Sweeping vistas of the Lake District don't hurt either. 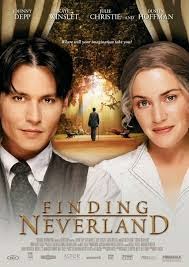 I'm a bit obsessed with Peter Pan. I've seen the play, I own several movie adaptations and have even more copies of the book. Illustrator Michael Hague generously inscribed his version to mark the opening of my children's bookstore, Never Never Land. (You see? Obsessed!) FINDING NEVERLAND tells the tale of how J.M. Barrie came to write his famous book. 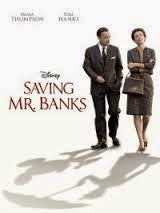 SAVING MR. BANKS explores the challenging relationship between Walt Disney and P.L. Travers, the author of MARY POPPINS. Criticism has been waged that the portrayal isn't accurate, but I appreciate the exploration of how the author's childhood might have influenced her writing. And, growing up with "The Wonderful World of Disney" on TV every Sunday, I found that Tom Hanks morphed into the Walt Disney of my memories.

The final two recommendations are documentaries about famous illustrators. (** Warning! These two men are a bit prickly and out-spoken - I don't recommend these for young children! **) 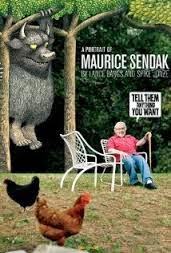 TELL THEM ANYTHING YOU WANT is a portrait of Maurice Sendak. The witty curmudgeon talks about his books, censorship, film-making, story ideas, and his belief that children shouldn't be coddled. "You tell them anything you want," he says. "Just tell them if it's true."
(Find more Maurice Sendak quotes here.) 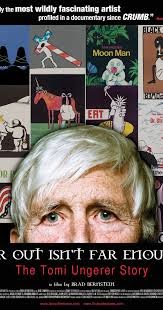 FAR OUT ISN'T FAR ENOUGH is a documentary about illustrator Tomi Ungerer. He grew up in the Alsace region of France, where his childhood was marked by World War II.  He moved to New York in the 1950s and did illustration work for magazines and advertisements. He also met famed editor, Ursula Nordstrom, and began to write children's books, which were widely acclaimed. But his interests in politico and erotica led to controversy and banning of his books. FAR OUT ISN'T FAR ENOUGH is a fascinating look at a very complex man.

So, keep these movie titles in your reference file for those days you need a break. Hmm... writing this blog post has been a successful bit of work... What's next on my viewing list? I think I hear STRANGER THAN FICTION calling my name!