Perhaps you've seen the cartoon. The Peanuts character, Snoopy, sits atop his doghouse. He taps out the opening line: "It was a dark and stormy night..."

This line is often mocked as the absolute worst opening line of a novel.  Perhaps the beginning of Edward Buller-Lytton's PAUL CLIFFORD might not have become so thoroughly ridiculed had the author not crammed 51 more words into his first sentence. Today, his words have even inspired a yearly contest  for a novel's worst opening. 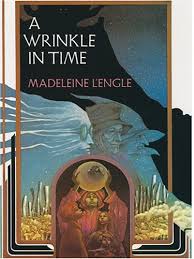 Yet one famous children's novelist, with tongue firmly planted in cheek, used the same seven words to open a Newbury-Winning book. "It was a dark and stormy night." So begins A WRINKLE IN TIME by Madeleine L'Engle. And it works quite well, I think.

So, what makes for a great opening line (or two)?

It can be short: "There is no lake at Camp Green Lake." (HOLES by Louis Sachar) 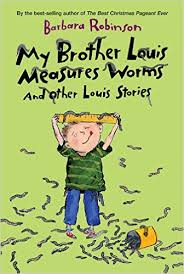 It can be long: "I was ten years old when my little brother Louis began driving my mother's car, and by the time I was eleven, he had put over 400 miles on it." (MY BROTHER LOUIS MEASURES WORMS by Barbara Robinson)

It can be in between: "There was a boy called Eustace Clarence Scrubb, and he almost deserved it." (THE VOYAGE OF THE DAWN TREADER)

It can be ominous: "Sometimes there's no warning." (OATH BREAKER by Michelle Braver)

Or cheeky: : “This chapter is a very short one. It should really have been called ‘Preface’ or ‘Introduction’, but I knew that you would never read it if I called it by such a boring name, so I have called it Chapter One.” (THE DRAGON’S QUEST by Rosemary Manning)


I recently listened to a podcast, "Tim Key's Suspended Sentence", in which comedian/author Tim Key tried to unravel the mystery to a great opening. I think he nailed it when he stated:


"A good first line is a piece of cheese in a mousetrap.
The reader takes a nibble and, SNAP!, is caught."

Humor can be a tasty nibble. Surprise can be tasty, too. So can mystery. Or shock. The key, I believe, is to touch a basic human emotion. Make your reader feel, wonder, laugh.

But, hey, I'm still working on this whole opening line thing. Let's see what others have to say. In a post from Writer's Digest, Jacob M. Appel lists seven scenarios that could make for a great start:

Check out the way that Maureen Lynas pairs picture book openings with these scenarios.

Can you have examples of your own? How do the openings shared in Monday's post fit with these?

Speaking of Monday's post, I have answers to the first lines quiz, (reading left to right, top to bottom, and color-coded, too!):
1. THE FAULT IN OUR STARS by John Green
2. THE SCREAMING STAIRCASE by Jonathan Stroud
3. SORTA LIKE A ROCK STAR by Matthew Quick
4. THE RAVEN BOYS by Maggie Stiefvater
5. THE FINAL FOUR by Paul Volponi
6. DELIRIUM by Lauren Oliver
7. GOING BOVINE by Libba Bray
8. THE MADMAN'S DAUGHTER by Megan Shepherd
9. DIVERGENT by Veronica Roth
10. EVERYBODY SEES THE ANTS by A.S. King