March Is Blowing Books My Way With ReFoReMo: Tips & Takeaways - by Kathy Halsey

March blew in like a lion here in central Ohio, blustery and chilly. I love March because it's time again to immerse myself in stacks of picture books for the ReFoReMo challenge. This is my third year for reading with my mind tuned towards writing as I read. Today I'll share a few books from week 1 and tips for customizing the reading challenge to work for your needs as a writer. 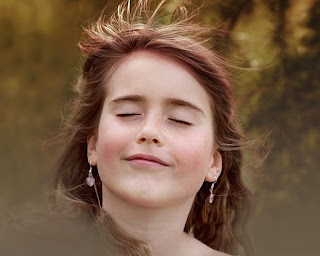 Tips for Making the Challenge YOURS
1. I survey the weekly lists before I check them out from the library with my mind on my current WIPs and needs. Last year I had a critique with a Charlesbridge editor in April. I focused on NF books with that imprint in mind and developed a list of commonalities from the mentor texts I read.  I then used the list to see how to tweak my manuscript.
2. Find themes or genre types that fit your voice, and read those. People tell me that I know "funny," so I focused my reading toward humor this first week of ReFoReMo.
3. Can't find a particular text? Look to youtube for hard-to-find books and hear them read aloud as they were meant to be.
4. Include genres or types of books that you don't usually peruse. I steer clear of rhyming books since I don't rhyme. However, I am reading rhyming texts to see what I can learn.
5. Don't ignore the "classics" or older texts. As a rule, I read titles from the last five years, however I almost passed up JAMBERRY by Bruce Degan, which inspired me to play with words and create my own jam.
6. Lucky you, since it's March here's one last lucky tip! Make your reading do double duty. I'm using mentor texts to write this post, to share in a class I'm teaching with othe librarians, and for my presentation at the Virginia Hamilton Conference on Multicultural Literature. 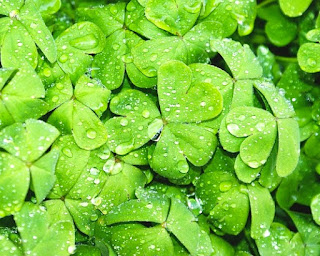 Writing Takeaways from Mentor Texts
1. UNICORN THINKS HE'S PRETTY GREAT by Bob Shea, Disney/Hyperion, 2013: Even though as writers we're cautioned not to use "being" verbs, I noticed many of these verbs peppering our lists from week one. From UNICORN, "Things are a lot different around here since that Unicorn moved in. I thought I was pretty cool when I rode my bike to school." (first 2 page spread) The ending also includes such verbs: "You know something, Unicorn? I had a feeling we’d be friends.” My takeaway: do what serves the story. 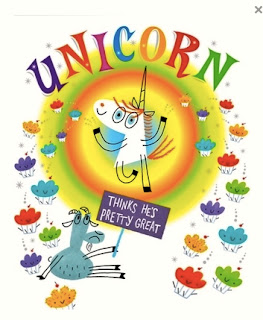 2. BARK GEORGE! by Jules Feiffer – Harper Collins, 1999: Even though this is an older title, the page turns are great! "George’s mother said: 'Bark, George.' George went: 'Meow.' " Feiffer sets up the conflict in a spread and a half. That is masterful. I also noted the intentional use of repetition that triggers young readers' anticipation. " 'No, George," said George’s mother. 'Cats go meow. Dogs go arf. Now bark, George.' George went: 'Quack-quack.' " Reread this classic for a great set up and hilarious ending, that is implied not stated.
3. RHYMING DUST BUNNIES by Jan Thomas beach lane books, 2009: Again, the writer finds a simple, repeated concept. We have 4 main characters, three with rhyming names and one that doesn't - Ed, Ned, and Ted, and Bob. The reader know who will and won't rhyme quickly. They also learn that the character that doesn't "fit" actually knows more than the others by the story's end. My other takeaway is that a character arc can be simple (Bob is annoying, then the hero.) 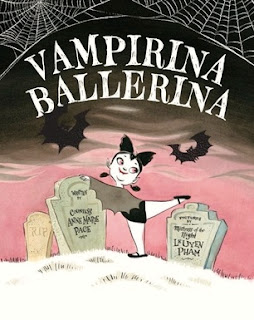 4. VAMPIRINIA BALLERINA by Anne Marie Pace, Disney/Hyperion. 2012: Look for an interesting twist on picture book tropes. Lots of ballerina books, only one vampirina. The story also reads like a "how-to" book. Just the right amount of word play to increase the humor in this book.
5. JAMBERRY by Bruce Degan, HarperCollins, 1983: This title was probably the oldest I've read, but oh the joy to read it aloud! Bruce delivers delicious word play make this book one-of-a-kind. Short rhymes, great rhythm, and made-up words make for fun: " One berry, two  berry, pick me a blueberry. Haberry, shoeberry, in my canoe berry. (Very similar to the fun Mo Willems has in mentor text NANETTE'S BAGETTE.) 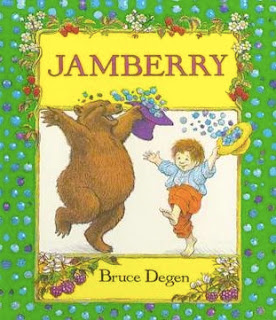 What mentor texts are blowing your way these days? What are your writer takeaways? I'd love to hear from you! Happy Reading and Writing! Lucky us, it's March!
Posted by Kathy Halsey at Thursday, March 09, 2017