To be a Writer, You Need a Community ~ by Christy Mihaly 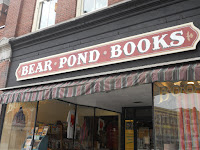 This is a story about writing, and community, and giving back. Like a good picture book, it's also about coming full circle.

You’ve probably heard that to master a skill you must practice it for ten thousand hours. . . . I suspect ten thousand isn’t the precise number for every person in every field, but you get the idea.


And . . . if you keep doing the thing you’re learning (here, we’re referring to writing), then somewhere along the line you get better, and you start to understand the journey that you’ve begun. And after that, maybe a piece you wrote gets some recognition, or an editor doesn’t immediately reject a manuscript, and you revise, and take some courses, and join a critique group . . . and then one day, even though you haven’t completed your ten thousand hours—or, in any event, you know you aren’t finished practicing—someone asks you to share what you know. To give a presentation, in public.

But. My place was in the “audience” seats, where I could soak up the wisdom of those sitting in the “presenter” chairs up front. When Jane asked me to give a presentation this year, I was taken aback. Surely I wasn’t qualified. Jane, however, knew that I’d recently published a book, and she also knew that many of the folks attending the speaker series, or hanging around the book store, were interested in writing for publication. She thought they’d like to hear how someone with a day job (teacher, librarian, parent, attorney) could break into publishing. I gulped, and agreed. (This is the giving-back part.)

But I didn't agree to do it alone. I recruited Ryan Kriger, a former colleague from my former job as a lawyer, to co-present.
Ryan is lawyering full-time. He’s also a writer, and has both a literary agent and several manuscripts making the rounds. I thought it might be helpful and relevant that he does stand-up comedy as well. Ryan named our talk: “Don’t Quit Your Day Job: A Working Writers’ Workshop.”

On the morning of the talk, we settled into the unfamiliar chairs up front. People filled the space before us. Ryan and I just knew that some of those audience members were better writers than we. Nonetheless, we plowed ahead. We distributed a list of resources we’d compiled, and introduced ourselves. We each summarized our parallel tales of how we’d evolved from doing “hobby writing” to identifying ourselves as actual authors.

As we did, a truth emerged: the key to becoming a “real” writer was joining a community of writers. If you're serious about writing, find your community.

It takes a community to publish a book

Of course, writers must hone their craft: write, revise, re-revise, and polish. (See above re: 10,000 hours.) But the next stepping stone on the path to publication is to acknowledge you can’t do it alone. Venture outside your writing garret, and participate in the writing world.

Writers aren’t always good joiners. But that fantasy of toiling alone in a lofty studio, perfecting a Great Work, never emerging except at last to mail the freshly minted manuscript to some eager editor? Not going to happen.

Publishing a book takes teamwork. Unless you self-publish (and even then) you'll work with others (critique partners, agents, editors, experts, illustrators, designers, marketers and more) to get that book out.

Where can you find your team? If you write and/or illustrate children’s books, join SCBWI. After that, seek out local writers’ associations, online groups like 12x12 (for picture book writers), challenges such as NaNoWriMo, courses, and community events. Haunt your local book store, library, or community center, and check out their writing-related offerings.

I’d been writing for a decade, and making precious little progress, before I first attended a writing workshop (at Highlights Foundation). It changed my life. I started solid friendships with several experienced writers, and one even invited me to join her critique group. (I was too embarrassed to admit that I didn’t know how a crit group worked!) It’s now been almost four years, and the same e-mail-based critique group is still thriving. We’ve made each other’s work stronger, shared ideas, inspiration, and disappointments, and celebrated one another’s hard-earned successes. AND, I’m now co-authoring a book with a member of the group.

At every conference or workshop or writer’s meeting I’ve attended since then, I’ve pushed my way a little farther along the writing path. I haven’t scored a three-book deal yet. But with each event, I become less ignorant about writing. I've met my tribe. I've found support. I've learned more about the craft. I've begun to understand publishing and marketing. I was introduced to the writers who became the GROG, and others who are my neighbors in rural Vermont.

But most important: I stopped feeling like an imposter when I said, "I'm a writer!" 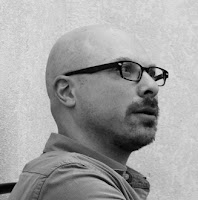 Ryan told a similar tale. He lived in Brooklyn (that hub of the publishing universe) for several years, before he’d joined any writers’ groups. But he didn't really get to know people in publishing during his time there. Then he moved away, joined SCBWI, and began meeting writers, editors, and agents. The more involved he became in writing workshops and critique groups, the more confident he grew in seeking (and finding) an agent and submitting his manuscripts. While his books haven't (yet) been published, Ryan has joined the writing community as a “real writer,” and recently published a piece about using humor in writing. Ryan also reminded me that, although he and I had met at our workplace, neither of us was aware that the other wrote outside the office, until we crossed paths at a local SCBWI event. You have to get out there and meet up! 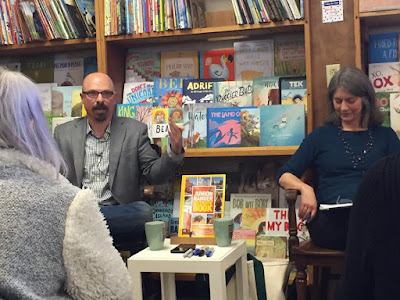 Now, years later, we were sitting in the chairs at the front of the room, sharing what we've learned, meeting more writers, expanding our writing community. Thanks, Jane. (This is the full circle part!)

Who's in your writing community? Let us know in the comments. Share your recommendations! And if you'd like more information, here are a few community-oriented posts from the GROG archives:
A newbie's guide to two helpful writing groups
The write conference for you
Is your critique group right for you?
Introverts attending conferences: words of advice
Writer-driven Facebook Groups

Thanks so much for stopping by!
Posted by Christy Mihaly at Monday, March 06, 2017