What's in a Name? Titles and More! by Kathy Halsey

"What's in a name? That which we call a rose by any other name would smell as sweet."  - William Shakespeare.

Names are important and often an overlooked piece of the writer's craft. Today we look at titles, character names, and even how we might craft our signature as authors when we do book signings.

I have always loved naming things. Every car I've ever owned had a name: King Kamehameha 24, Otilia, Marg, Silver Bullet. I named my hub's new Volt "Usain Volt." I think the perfect job would be naming ice cream flavors, right? So, it is part of my writing process to come up with either a title or a main character's name very early on for a new draft. Even when I read mentor texts, I'm always on the lookout for a clue in the text for what names were chosen and why. 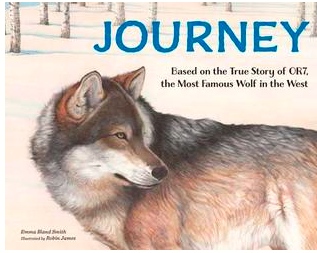 JOURNEY by Emma Bland Smith is one of my new nonfiction favorites. The main character OR7 is the seventh wolf collared in Oregon. Smith's story ingeniously juxtaposes the wolf's trek with a parallel story of Abby, a young California girl who wins a contest to name the wolf.

Emma said, "Using the human main character was the only way  to convey some of the information wanted to share."

The naming contest was conceived because conservationists figured this pup would become too "famous" to harm. OR7 was on a trip, and Journey is the perfect name to encapsulate his plight, his story, and the title of Emma's book.

Question for Writers: Does your main character's name do double duty in the same way that Emma's does with "Journey?"

Another caveat in naming comes from  well-respected children's writer Stacy McAnulty. She was a "critique ninja" for 12x12 and noticed these trends with names: 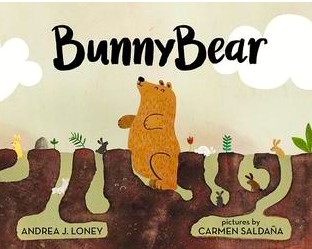 Question for Writers: Scan your WIPS for names and titles. Do they fit this trend? Is there a way you could spice them up? Think of fun names such as Andrea J. Looney's "Bunnybear" and his friend "Grizzlybun!"

Author Inscriptions
We've all been to author events and signings. Have you ever flipped through your library of signed books to ponder the inscriptions? What a fun exercise to imagine how you'd sign your own published books! Visualization is always a great motivator, too. Also, an inscription can turn into a good log line or theme for a current project. 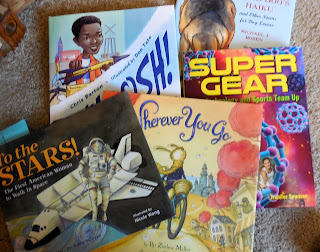 In no particular order, here are some inscriptions I enjoy from some of my favorite authors:


Spice up those titles, experiment with character names, and dream of your debut and inscriptions. Have fun with your work now!