Amy talks about her late mother, haiku and the gift of sharing her mom's poetry with young readers . . .

Mother’s Day is just around the corner -- that special day where we celebrate and honor mothers, grandmothers, aunts, mentors and other special women who have meant so much to us. 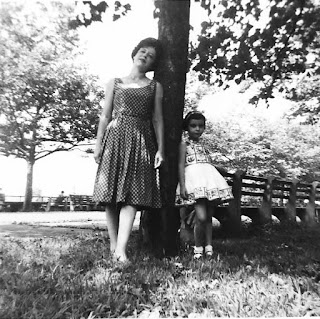 I have a special story to share with you:

One about a daughter honoring her mother’s life and her beautiful poetry.

Welcome to one of my TAKE FIVE interviews. I hope that you’ll take five minutes to get to know Amy Losak and learn about the new children’s picture book, H IS FOR HAIKU, by her late mother, Sydell (“Syd”) Rosenberg.

Syd was a public school teacher in New York City and also a charter member of the Haiku Society of America when it was formed fifty years ago. The story of this book and Amy’s efforts to share it with readers is a powerful story of love and family -- and so appropriate as we prepare to honor the women in our lives on this special holiday.

Eileen:  Since Mother’s Day is this weekend, May 13th, I wanted to interview you for our blog readers. You have a beautiful story about your role in bringing your mother’s work to publishers for the newly released picture book, H IS FOR HAIKU. Will you share that with our readers? 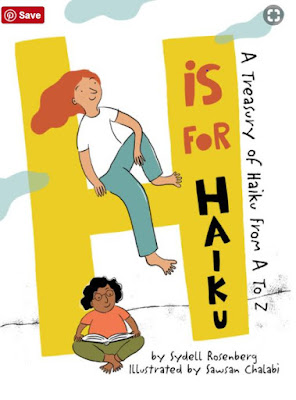 Amy: Thanks, Eileen. It’s such a pleasure to be here! As you kindly noted, my mother Sydell Rosenberg was a teacher in New York City schools. She also taught adult ESL. Mom also was a writer her entire life: poetry, short stories, literary and word puzzles, and more. The “more” includes, among other things, a racy novel she published as a young woman – I think almost straight out of Brooklyn College in the early 1950s. She worked as a copy editor for a small publishing company. This potboiler was published under a male pseudonym, Gale Sydney (a reversal of her maiden name initials, Sydell Gasnick.) It was titled “Strange Circle.” Interestingly, copies are still available online!

Syd was a product of New York but she had a love for nature and an intense curiosity about big and small things around her. At some point in the 1960s, Syd became captivated by the poetic form, haiku. She spent years learning about haiku and related forms. She even studied Japanese, I vaguely remember, perhaps to try and read the original masters. She was a charter member of the Haiku Society of America (HSA) in 1968 and attended the founding meeting. She also served as HSA secretary in 1975 and on their Merit Book Awards committees. Some of her poetry won awards and honorable mentions.

Decades ago, Syd wanted to publish a children’s poetry book –a haiku alphabet book. She submitted her manuscript to publishers back in the 1970s and 1980s. (Going through her papers, I unearthed some of the rejection letters she had saved.)

Mom was successful in publishing an assortment of poetry and other works over the course of her decades-long writing career. But when she died suddenly in1996 from an undiagnosed heart condition, she had not fulfilled her dream of publishing a book for children. Her family members resolved to fulfill that dream of hers!

However, it took many years before I was ready to take on this task. The project itself was daunting -- and the more I procrastinated, the more insurmountable this project became for me. But the need to share her poems with young readers was a great incentive. Around 2011, I began slowly to sort through, collect and curate a good selection of her work, especially her haiku and senryu. Among her papers, I found at least one of her old manuscripts.

I endeavored to share some of her short poems with arts, nature and literacy groups that serve children. I contacted a lot of organizations! I’m proud of a rewarding partnership that has been underway for several years with NY’s Arts For All (arts-for-all.org). AFA is an excellent nonprofit arts education organization that provides programming to city schools. I fund the teaching artists’ residencies. In several grades and classes, AFA’s teaching artists have used mom’s visually appealing poems to convey the basics of painting, drawing and collage; music; and theater. 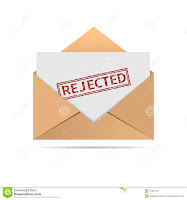 Finally, in April, 2011, I began to submit H IS FOR HAIKU directly to publishers that welcomed non-agented submissions. I received either rejections or silence – not surprising.


Time passed and I thought about self-publishing this book. Then in 2016, thanks to a poet and teacher, Aubrie Cox Warner, I connected with Penny Candy Books. To my great joy, they LOVED mom’s poetry and acquired the manuscript! It has been a wonderful experience to collaborate with Penny Candy. Finally – many years later, mom’s dream has come true. I have many people to thank in the KidLit and poetry communities (not to mention family, friends, coworkers …) – they kept me going when I felt like giving up.

Eileen:  Your mother’s poetry was inspired by her life in New York City. The haiku selections encourage readers “to slow down, linger, and pay attention to the moments we often overlook.” Can you share a favorite experience about city life and your mom/family?

Amy:  Mom and dad (Sam Rosenberg) did so much. We went to the theater, concerts, museums, botanical gardens, beaches, zoos, city parks – and more. Mom had this hunger to immerse herself in various enriching events and experiences both in New York and beyond, and she tried to impart her sense of adventure to my brother Nathan and me. 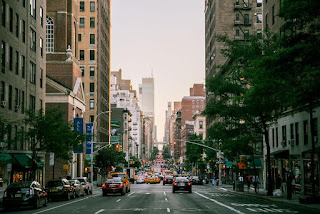 During our family jaunts, or as a result of them, she crafted a good number of poetry and stories. Some no doubt stayed in her head; others made it to the page. All these years later, I now appreciate her keen “eye.” Syd had a penchant for engaging with so-called “small moments” and making them matter. I think – hope -- mom would be pleased, but it’s even more important that readers be happy with this selection of her wonderful poems.

Eileen: Which poem in the collection is your favorite and why?

Amy: One of my favorites is “So pale” 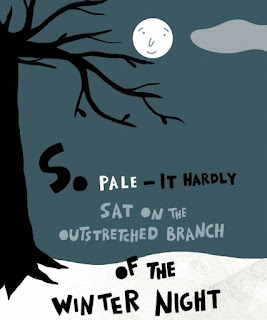 This one was published a few times in journals, including a 1968 issue of Haiku West (where it won a “best-of-issue” award.) I love its simplicity and sense of stillness and peace. “It” can be anything readers wish to imagine. In H IS FOR HAIKU, Sawsan Chalabi’s illustration of an affable moon perfectly captures the understated enchantment of this poem.

Eileen:  Speaking of the great illustrations -- Sawsan Chalabi’s work is lovely and playful. What can you share with us?

Amy:  Sawsan’s wonderful artistic style is such a vivid complement to the poems! I asked Sawsan to tell us more about her process. . .

Sawsan Chalabi is a designer and illustrator with an MFA in Illustration from Savannah College of Art and Design. Her work is mostly digital and conceptual in nature. With H IS FOR HAIKU, she let each poem speak to her as she interpreted each random thought into a visual. Because the individual poems were not connected to one another (other than via the overall alphabet “framework”), this allowed her ample room and freedom for playfulness with the imagery and hand-lettering. To maintain a smooth transition from one page to the next, Sawsan used the same color palette throughout the book. She made sure each spread worked as one harmonious piece, with the visuals of one poem flowing freely into the next, thus allowing the reader to glide through the poet's thoughts with ease.

Eileen: Where can readers and fans find more information about you and your mother’s book on social media?

Amy: H IS FOR HAIKU and Penny Candy’s other titles can be found here:

The book is available on Amazon and via other retailers, including independent bookstores. 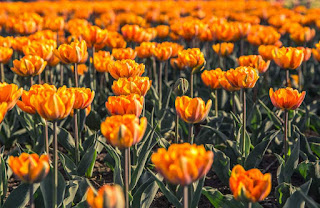 Thank you, Eileen, for this lovely opportunity to chat and to share the story of H IS FOR HAIKU.

Happy Mother’s Day to you and all of the GROG BLOG readers!
Posted by Eileen M. at Wednesday, May 09, 2018