Collaboration on a STEAM book: Interview of Dr. Margaret Albertson and Paula Emick by Tina Cho

It's back to school for some folks (like me), and so today I'm interviewing two authors, Dr. Margaret Albertson and Paula Emick, who collaborated on an educational book, Music: The Sound of Science published by Rourke. These ladies are special to me because when I lived in California, we all belonged to an in-person critique group headed by Nancy Sanders. I was blessed to see Margaret again this past summer.
1. Can you tell us about this book and one of your favorite parts?


Music the Sound of Science is the first in a new series published by Rourke Educational Media called Project STEAM. This acronym is used to describe the marriage of the sciences with the arts: Science, Technology, Engineering, Art (visual and performing), and Mathematics. This book mixed music and physics.

Kids read an introduction to a science concept. For example, music is made up of sound waves. Readers then do an activity. They are asked for the most part to make, play and observe. The text then presents the scientific “why” of what happened. 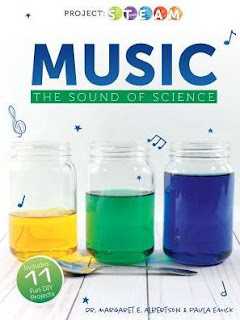 Paula: I enjoyed taking the lead on the drum project, because I remembered making them as a kid. Anybody can make music with a drum. Plus, the artist in me loves decorating them.

Margaret: Working on the whole project was a lot of fun. If I had to pick only one favorite part, it would be the chapter on making music by buzzing your lips. Musicians play trumpets, trombones and even tubas this way. When I was a kid, I played the trombone in the school band, so I guess I was partial to this chapter.

2. How did you come up with the idea for this book?

Paula: Margaret saw the call out for children’s nonfiction writers. Both of us wanted to try a short nonfiction book. We then submitted a writing example and our resumes to Keli Sipperley, who then became our editor at Rourke. Within six or eight weeks she offered us a contract to write this book. We were given the title and some loose parameters. Because our book was first in a new series, we had no mentor texts. Talk about needing to brainstorm!

Margaret was the music major. We had both taught elementary school and knew how these books were laid out. Since she had the music background and knew the terms she took the lead. The book fell together very naturally. We both had ideas that blended together. When working with a partner no one can be a prima donna. The ego must be put aside and just focus on telling the story. Each person puts in ideas and it all gets blended and molded into the final piece. 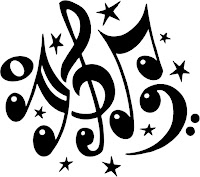 3. Why did you decide to write it together? How does that work?

Paula: We were attending the same writer’s group for several years and found we had a common interest in children’s books. Because we had helped each other and edited each other’s work, Margaret suggested we try to publish together. Our work styles complement each other. That is necessary when collaborating on a project.

We often met in person at a local restaurant for an extended lunch. Sometimes we emailed, phoned, and texted back and forth. We’d email a Word document using the markup tools. 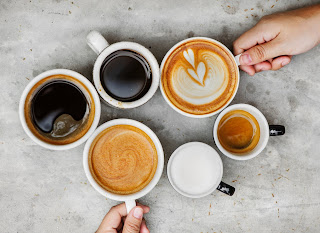 4. Do you have any other published articles together or something on submission?

Paula: The music book is the first to be published together. We have a couple other pieces written and are sending them out.

5. How did the two of you meet, and what got you working together?

Paula: We first met at church many years ago. Margaret and her family moved to another church. I remember her well because she sat behind me. When she sang, it sounded like a host of angels singing with her, the most amazing sound. Years later we met again in Nancy Sander’s writer’s group, CHAIRS, in Chino, CA. We got to know each other as writers and found we worked well with each other. To our amazement we also discovered we lived just a few blocks away from each other!

Margaret: Paula’s style of writing really impressed me. Her sense of humor spilled out into her writing. I called it her “Paula Pizzazz.” She is very fun to work with. I now consider her a close friend.

6. What are you working on next?

Paula: We are still looking to publish our bilingual alphabet book, and another on prehistoric art.  Currently, we are working on separate projects. I started working full-time as an art teacher and only write part-time.  (I am doing this interview during my prep period.)  There are a few ideas percolating in my brain cells.  I have a couple middle grade mystery/fiction books to rework and send out. 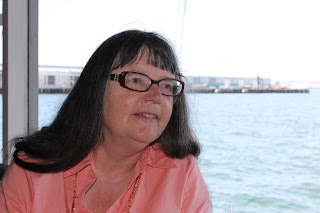 Margaret Albertson, Ph.D. began writing a mystery book when she was in fifth grade. Her hopes of being an author were dashed when she read a published book with the same plot. She persisted and by eighth grade she had published an article. Now, in addition to her book, Music: The Sound of Science, Margaret has authored more than thirty-five articles and stories. Some of these have appeared in Clubhouse, Clubhouse Jr., Brio, Brighthub, LiveStrong, and in a textbook for educators. She resides in Southern California with her husband and her dog.
You can find Margaret at http://www.margaretalbertson.com/ 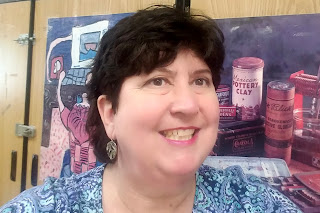 Paula Emick is a native Southern Californian. In addition to writing, she teaches art to elementary schoolchildren. She and her husband continue to live in Southern California with their dog and cat. Paula also has authored two pictorial history books, Rancho Cucamonga, and Old Cucamonga  by Arcadia Publishing.