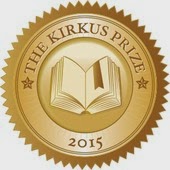 On the evening of October 23, 2014, at a ceremony in Austin, Texas, the first winners of The Kirkus Prize were announced. The award was “created to celebrate the 81 years of discerning, thoughtful criticism Kirkus Reviews has contributed to both the publishing industry and readers at large.” (www.kirkusreviews.com)
The thousand books that received a starred review from Kirkus Reviews during the previous twelve months  were eligible for the first Kirkus Prize. Six finalists in each of three categories, Fiction, Nonfiction, and Young Readers’ Literature, were named. Each winner will receive $50,000, making the Kirkus Prize the richest literary prize in the world.
Each of the categories has three "highly regarded judges: a writer, a bookseller or librarian, and a Kirkus critic.” The 2014 Young Readers’ Literature judges were Dr. Claudette S. McLinn, Executive Director at the Center for the Study of Multicultural Children’s Literature and life member of the American Library Association. Linda Sue Park is a Newbery Award-winning author. John Edward Peters is a former career librarian and a Kirkus reviewer. 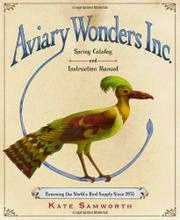 Entrepreneur Alfred Wallis capitalizes on the extinction of birds with a catalog of do-it-yourself bird parts and accessories to create one’s own artful automaton.
Read Kirkus review.

The author was four when she became deaf after recovering from meningitis. Told with humor, relates her adventures with a hearing aid at a school without deaf classes.

The Right Word: Roget and His Thesaurus by Jennifer Bryant, illustrated by Melissa Sweet. Eerdmans Books for Young Readers, 2014.

Peter Mark Roget had a passion for words from childhood. His many lists eventually grew into the thesaurus we still use today in an updated version.
Read Kirkus review.

Realistic Fiction, 154 ages, Middle-Grade
The fifth and final book in the Joey Pigza series has him in charge of his baby brother, his hospitalized mother, and the search for his missing father.
Read Kirkus review

The Story of Owen: Dragon Slayer of by K. K. Johnston. Carolrhoda Lab, 2014.
Science Fiction and Fantasy, 305 pages, Teen
Sixteen year old Owen Thorskard comes from a long line of dragon slayers. is threatened by dragons that compete with humans for fossil fuels. His grades are slipping, he’s too small for football, and the town looks to him to save them.
Read Kirkus review