Writing as a Team

by Sue Heavenrich and Christy Mihaly 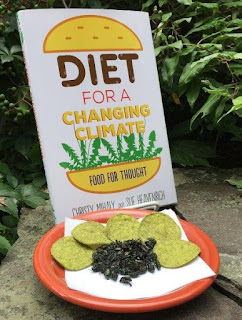 You might not normally think of writing as a team sport. Usually it’s done one-on-one, author wrestling to pin ideas to the page. But a few years back, the two of us decided to team up. The result of our collaboration is Diet for a Changing Climate: Food for Thought (Twenty-First Century Books/Lerner, Oct. 1, 2018). The book, YA nonfiction, tells young readers how our dining choices can make a difference to the earth. Trying unexpected foods – weeds, invasive species, and insects – may help solve the global hunger crisis and, at the same time, reduce agricultural emissions of greenhouse gases.

We had been critique partners for a few years when, talking at a conference, we realized that we had each been developing a book (separately) about entomophagy—the practice of eating insects.  It occurred to us that we might have the perfect project for a collaborative effort. We both wanted something that was fun to read, and also gross enough to capture the interest of middle-schoolers. Being critique partners, we had a good feel for the quality of each other’s writing. More importantly, we trusted one another. So we felt confident that we could work as a team to pull off a book project.

From the beginning, we viewed this book as a joint project. As a biologist (Sue) and environmental lawyer (Christy), both of us were already familiar with collaboration. And we felt that our different backgrounds would enrich the project. It’s also important to note that we stuffed our egos in the bottom drawer of the filing cabinet so we could focus on creating the best work we could. 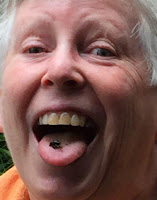 When you think about writing with a colleague, there’s a good chance you’re visualizing meetings at the local café. Living 345 miles apart made that impossible, but we made good use of modern technology. We scheduled regular phone conversations to go over plans, set goals and deadlines, and keep the lines of communication clear. We divvied up tasks and then shared first drafts of chapter sections via email (rural internet still leaves a lot to be desired). Initially, one person would write a section, and we’d swap files and revise what the other wrote. This helped us develop a uniform voice for the entire book. Rubes that we were, somehow we thought that with two of us working on the project we would each do half the work. Ha! Christy calculates we did twice the amount. But the book is all the better for it. 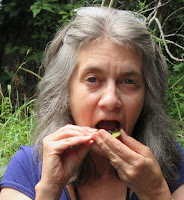 Phone calls played another role, too. They gave us a chance to get to know each other on a more personal level. Drinking coffee and talking about the dog, the dishes, the kids… and then the BOOK. We did some of our best brainstorming over phone lines.

Here’s a list of tips for collaborative writing success.