March is NATIONAL WOMEN'S HISTORY MONTH & RED CROSS CELEBRATION MONTH.
This honor is bestowed upon : Clarissa Harlowe Barton/Clara Barton
As you read this story, you will notice phrases quoted throughout. This is my way of documenting someone else's work that I've weaved into my story. When writing nonfiction, it is important that we stay true to the facts. But I would like to tell the story from my point of view. Also, you can see that I did some research.
﻿ 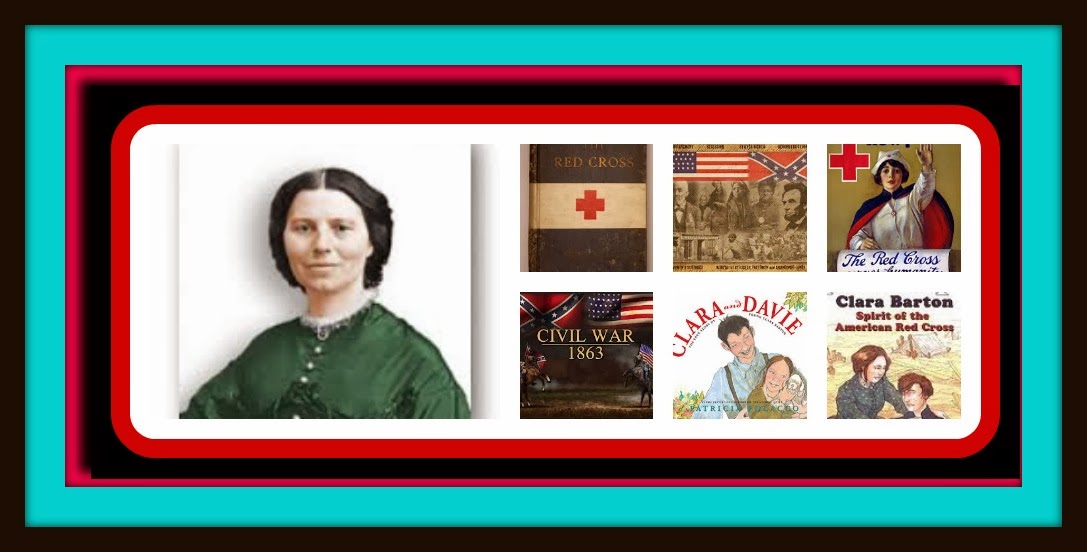 It was Christmas Day in 1821. The blustery breeze beat against the cottage window. Snow blanketed Oxford, Massachusetts. Gifts were being delivered all over the world. And Mr. and Mrs.  Barton received the best gift anyone could ask for – a baby girl.
Mr. and Mrs. Barton named their daughter, Clarissa Harlowe Barton. But today, she is widely known as Clara Barton, educator, traveler, nurse, and founder of The American Red Cross.

Clara Barton was a shy child, but still a bundle of joy. She grew up in a big, loving family. She had siblings to teach her and taunt her. They read to her and play with her. And they were readily available for whatever she needed.


After nursing her brother Davie back to health when she was a young girl, Clara knew she wanted to become a nurse. And she did!

But first, she became a teacher at the age of 15. She opened a “free public school in New Jersey.” Years later, she moved to Washington, D.C. where she worked as a clerk in the United States Patent Office. 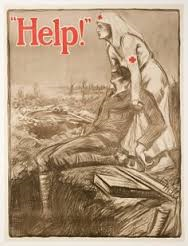 It was always in Clara’s nature to help others. So when the Civil War began, it was no secret she wanted to help; and she would find a way to do it.

First, she “collected and distributed supplies for the Union Army.” But she still wanted to do more. So, she “served as an independent nurse.”


In 1862, Clara traveled to Fredericksburg, Virginia.  She “cared for soldiers wounded at Antietam.” To the soldiers, she was “The Angel of the Battlefield.” 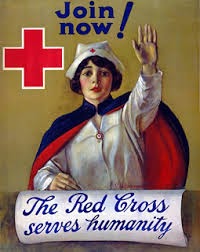 Even though the war ended, Clara’s fight to help others didn't stop. In 1865, she “worked for the War Department.” She had goals, “either reunite missing soldiers and their families or find out more about those who were missing.” And she did!


Clara had a way with words. When she spoke, people listened. “Crowds of Americans came to hear her talk about her war experiences.”


Clara was a traveler. She travelled near and far. While travelling to Europe, “Clara worked with a relief organization known as the International Red Cross.” Clara loved working with them. She loved what they stood for. And she loved that they were all about helping people.


Upon her return to the states, Clara lobbied for a branch of the International Red Cross right here on American soil. She got it! 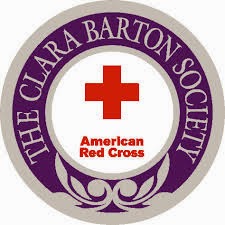 In 1881, The American Red Cross was established. Clara’s hard work of lobbying, helping, and garnishing support paid off. She became its first president. “As its leader, Clara oversaw assistance and relief work for victims of such disasters as the 1889 Johnstown Flood,” and the Galveston Flood of 1900.


After serving as president for twenty-three years, Clara resigned. She wrote an autobiography “which was published in 1907”, The Story of My Childhood.


On April 12, 1912, Clarissa Harlowe Barton died. But her efforts remain to help those who need it; heal those who want it; and hear those who cry for help.