This week, we are going to take a look at tool that is a simple, but very exciting set of resources for authors of all ages.  The site was created by Chuck Heintzelman.  The first thing you'll notice about the tools is the simple interface.  You can see below that there are seven separate tools.   (click on any image to enlarge.) 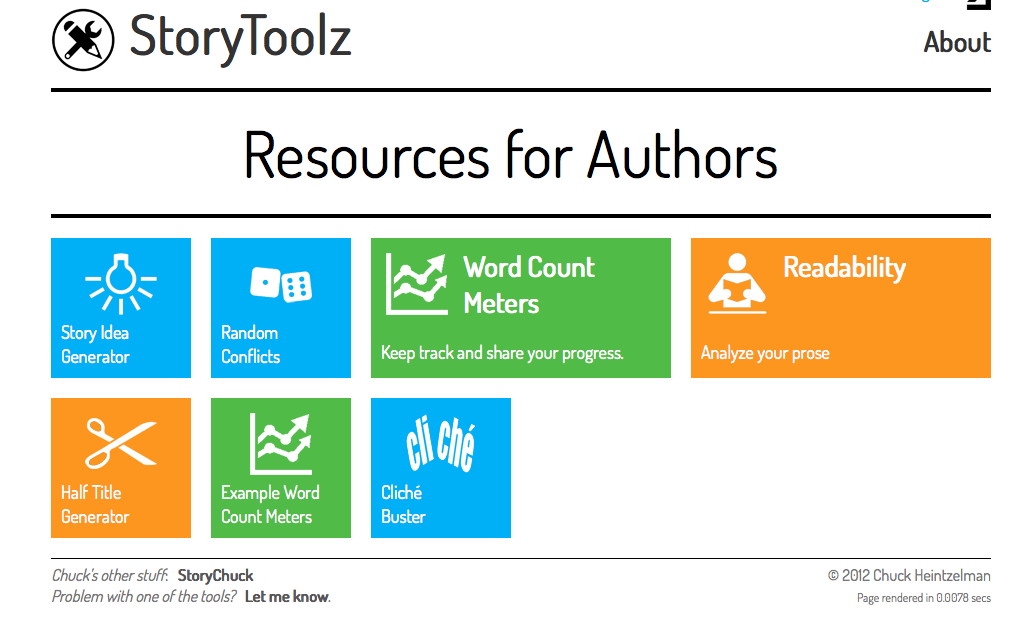 The first tool is the the Story Idea Generator.  This tool is quite a bit different than any other story idea resource I have worked with.  It generates three random conflicts for you. 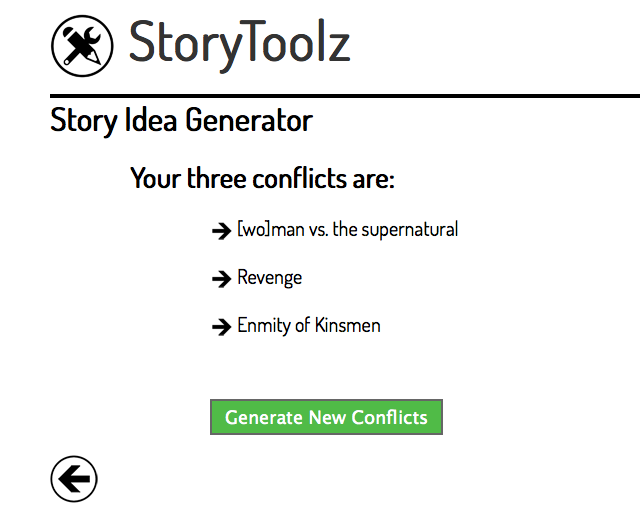 If you don't like the conflicts that pop up, just hit:  Generate New Conflicts.  I was curious as to where these conflicts come from and when I clicked on the concept tab, I was given some really cool background.

I'm not sure if you can read the text there, but it says the conflicts come from the Internet Public Library's list of 7, 20 and 36 plots; these conflicts are "...generic enough that you must supply your own details."  Chuck also shares Holly Lisle's classes that expand on these ideas. 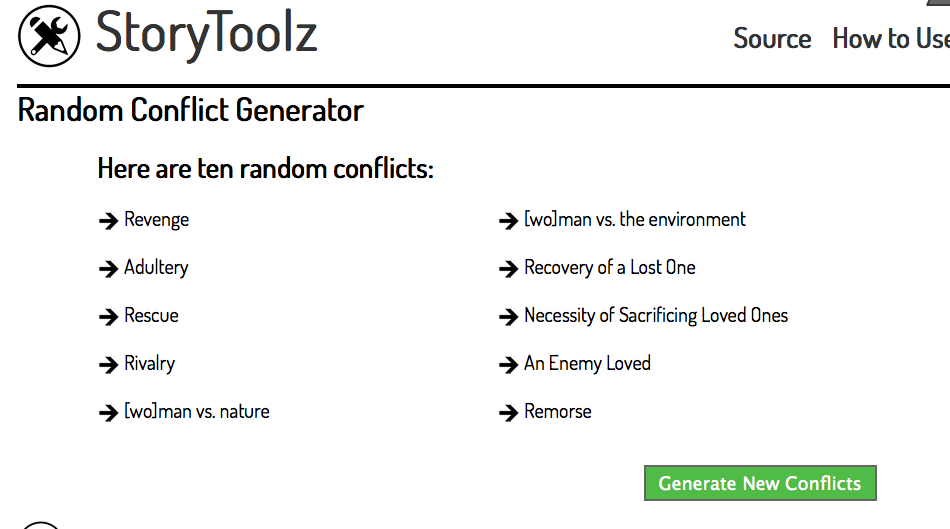 The second tool is the Random Conflicts Tool. It does just what it says, it generates random conflicts.  I was intrigued by his 'How to Use This Tool' notes:

Word Count Meters are simple, effective ways to track the writing on a particular project.  If you are writing a chapter book, or novel, you can use one of these tools to share and track how much you have written.  I could see this being used on a writer's web page or blog to update his or her readers. 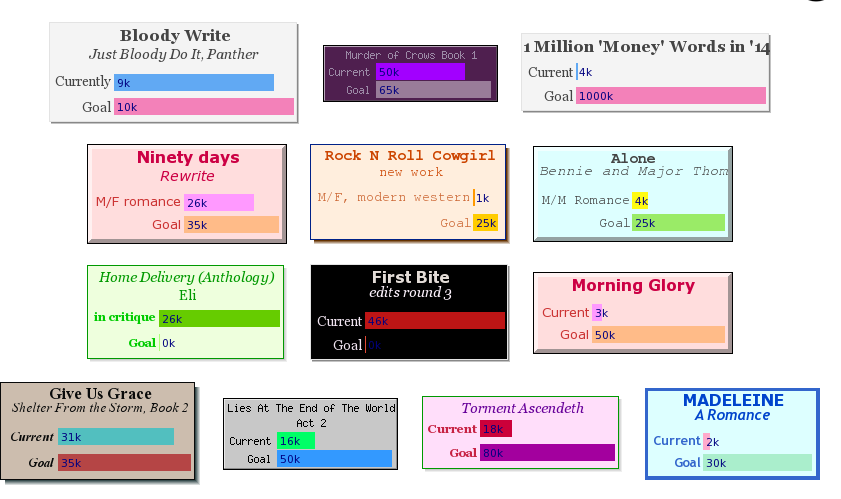 The readability tool analyzes your writing and gives you very specific details about your prose.  If you register (free) with the site, you can load as much as 50 KB of data.  If you choose to not register, the limit is 5 KB.  I entered some of the text from a recent blog entry that I completed.  When I did, I was presented with the following resources regarding my text: 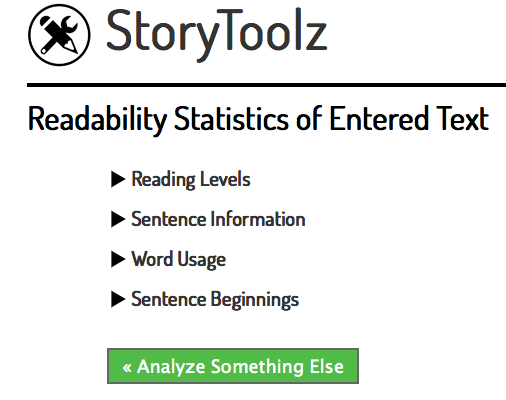 I'm not very familiar with text analysis, but the detail in this free tool seems impressive. 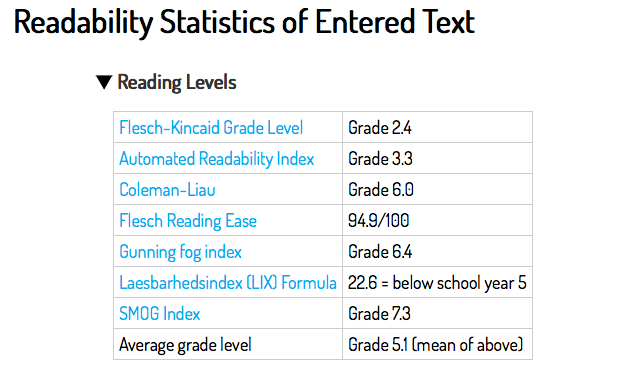 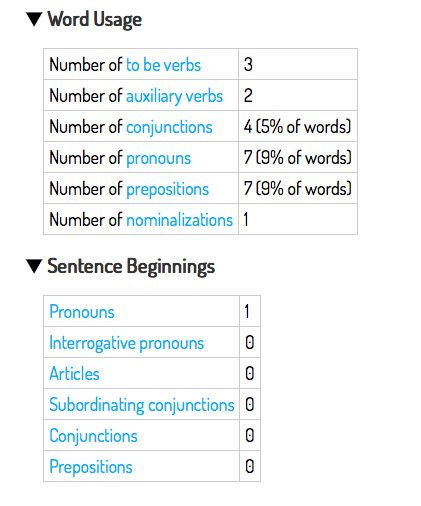 Next, let's look at the Half Title Generator.  As Chuck says in the about tab: "The title is used as a starting point for his story creation. It may change over the course of creating the story, but it's the seed that started the process.

I compiled every nomination from the Hugo Awards and the Bram Stoker Awards. I cut the titles of each nominated work in half and used that as the data to power this generator."

What I really like about this particular tool is that you choose 'halves' of stories and then the generator combines them in interesting ways.  It then presents them to you in the pink window and you can 'eliminate' those you don't like.  What a cool way of pushing yourself to think differently!

The last tool is called Cliche Buster.  Chuck describes the function of this tool: 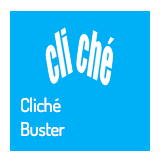 "This utility scans your text and presents you with a list of any clichés found. Sometimes you'll get false positives. For example, compare the following two sentences.

The first is not a cliché, but the second is. The Cliché Buster will report both instances because it matches the words "old school."
StoryToolz currently scans for 2,673 clichés."


There you go.  A simple, free and very unique set of tools to either jump start your creativity or to bust any writer's block you might be experiencing.  To top all that off, there are some extra tools that will help you analyze and evaluate your text too.  I hope that you will find these tools useful.  Would love to hear how you think you might use them in the comments section.

Next week we will have an interview with the creator of Story Toolz, who himself is an avid writer.
Posted by Todd at Tuesday, March 25, 2014