An Interview with Nancy Churnin

Last year at the 2016 Week of Writing Conference in Georgia, I had the utmost good fortune to be roomies with Nancy Churnin. We didn't know each other, nor was her name even familiar to me, but our chance meeting has given me sort of a front row seat in watching a career develop and forge ahead full steam. Nancy's debut picture book biography, William Hoy, How a Deaf Baseball Player Changed the Game was published in 2016 and she has a pipeline of other recently published books and ones still to come. I asked Nancy is she'd be willing to do an interview for the GROG, and with trademark grace and kindness she agreed. I hope you enjoy learning from Nancy - she has wonderful things to say to those of us still waiting our publishing debut.

1. What made you decide to foray into the field of children's literature?
A man named Steve Sandy, who is deaf and a friend of the William Hoy family, told me his dream for William Hoy, the deaf hero who introduced signals to baseball so he could play the game he loved, to be inducted in the National Baseball Hall of Fame. I promised I would write a children’s book so kids would know the story and that the kids who got to know William Hoy would help by writing letters to the Hall of Fame. Kids have written almost 1,000 letters! I fell so in love with writing children’s books about “hidden” heroes — inspiring people that kids didn’t know about yet — I just kept going. My new book, Manjhi Moves a Mountain, came out in September and I will have three more books out in 2018. 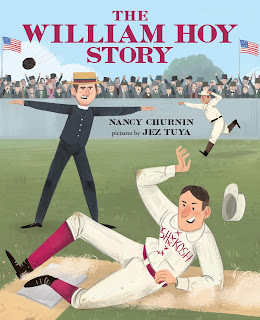 2. Had you done any writing for children before or was participating in Julie Hedlund's 12x12 your first foray into the world of children's literature?
I had written stories on my own that I sent out on my own that never went beyond anyone’s slush pile. Making the promise to Steve Sandy took me to a new level of seriousness and purpose. When I finally realized that I was going to need to know a lot more about writing children’s books in order to keep my promise, I began signing up for online groups and classes. Finding 12X12 was transformative. All of a sudden I found myself surrounded by folks on different stages of their writing journey, all willing and eager to help each other, to critique manuscripts, to explain what an effective query letter was. That’s where I truly began to learn how much I needed to learn!


3. You found your agent as a participant of 12X12. Can you tell us about that?
One of the perks of the gold membership in 2013 was the opportunity to submit to one agent each month. During this time I knew that my story on William Hoy wasn’t ready, so I sent out different stories to the first six agents of January through June. They were all rejected. Then, in July I woke up at  4:00 am with a brainstorm about how to rewrite William Hoy based on what I had learned the previous six months. I sent it to Karen Grencik of Red Fox Literary, the agent of that month, and she got back to me within the hour saying she wanted to send it out! Now I should tell you that that version of William Hoy also met with rejections, but nice, detailed ones. I studied what the editors were saying and then I got another brainstorm. Karen sent out my freshly revised version again in 2014 and voila! The lovely Wendy McClure of Albert Whitman accepted it right away. I am now working on my third book with Wendy and each journey is a joy. Karen sold my second book, Manjhi Moves a Mountain, to Marissa Moss at Creston Books and that has been an amazing experience as well. I am working on my third book with Marissa now, too. I feel so blessed to work with both of these editors. 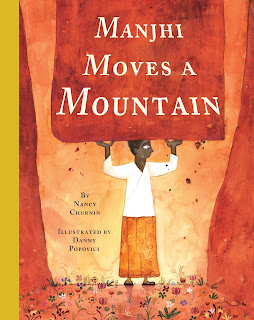 4. How many books do you have out now (including ones yet to be published that you can talk about)?
I have two books out now and three more coming out in 2018. There’s one more that will come out in 2019 IF I can get it right. First up in 2018 is Charlie Takes His Shot, How Charlie Sifford Broke the Color Barrier in Golf in January. It’s the true story of Charlie Sifford who was inspired by what Jackie Robinson did for baseball to become the first African American golfer on the PGA Tour. Irving Berlin, the Immigrant Boy Who Made America Sing comes out in June. It’s the story of a boy who came to America as a penniless refugee from Russia and went on to write one of America’s most patriotic songs, “God Bless America.” The Queen and the First Christmas Tree, coming in September, is the story of Queen Charlotte, a kind queen with a heart for children, who introduced the first Christmas tree to Windsor Castle in 1800. 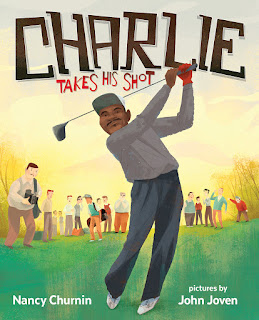 5. How do you choose your topics/individuals that you write about?
I am always looking for the untold stories of people who inspire me and who helped make the world a better place. There are many worthy subjects, but the stories I know I will tell best are the ones that tug at my heart and won’t let go. If I can’t stop thinking about them, I know I have to write about them. 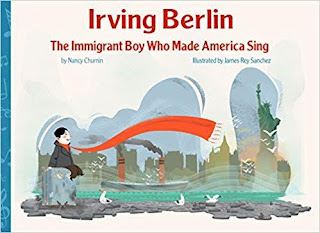 6. How do you balance your regular career with your children's writing career?
I am very fortunate to have work that I enjoy as a theater critic with the Dallas Morning News. It gives me the opportunity to see and evaluate the creative work of other people, to interview people about their work and to spread word of good work with our readers. I try not to overthink how I do both because I’m afraid if I think about it too much I would be like one of those cartoon characters running off a cliff and continuing to run because she doesn’t realize there’s only air beneath her! I just shoehorn it in wherever I can. It probably helps that I have no hobbies and all I like to do is write and read and see shows!

7.  Tell us about your research and writing methods - how do you do your research, how long you take to research, how long it takes for you to write your first draft, etc.
The time it takes varies. I can write a first draft very quickly. But my first draft is never my last draft! I worked on William How for 10 YEARS. Manjhi, in contrast, took roughly five months. Charlie Takes His Shot took a couple of weeks. I’m working on one now that I don’t know how long it will take. As for how I research, the Internet and the library are my friends. When I was researching Manjhi, I found interviews with him on YouTube. I try to find out everything I can, then I put everything I learned aside and try to focus and feel the heart of the story. Who is this person? What was this person’s dream? What was his or her fear? What were the challenges in the journey? What was it about this person that led up to his or her success in achieving this dream and, for me, how did this make the world better? After I write that draft and revise it enough to be happy with it, I search out experts to fact check me. That’s where I learn how many things from secondary sources can be incorrect! The reading and notes from experts have been essential for me. 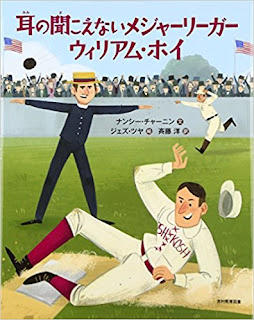 8. How many revisions do you go through before your manuscript is finalized?
I lost track of how many revisions I did for William Hoy. It took me 10 years, so I imagine hundreds. For Manjhi, maybe 30 or 40. I actually like to revise. I want the books to be as good as they can be for the kids. The better made they are the longer they will last.

9. What nuggets can you give to those of us who are still waiting for that first publishing contract?
Don’t give up. Remember why you’re doing this. You have a story you need to tell, that only you can tell in the way you do. Don’t be afraid to ask for help. Find critique buddies and support groups you trust. Remember we are not always the best judge of what needs to happen when. Trust the universe. Yes, it took me 10 years to sell William Hoy and I shed my share of tears in those 10 years. But looking back, I shudder at the thought that one of those early versions of the story would have been printed rather than the book that I am so proud of today. I trust my agent and my editors and when they tell me a manuscript isn’t ready, I will work on it again and again until it is. That said, you also need to find the agent and editors that “get” you. Somehow you have to figure out the difference between a manuscript that isn’t ready yet, and one that simply hasn’t found the right editor and home. Don’t give up and you will get there. And don’t stop submitting. I submitted to every contest and took advantage of every submission opportunity. Remember, you miss 100% of the shots you don’t take. 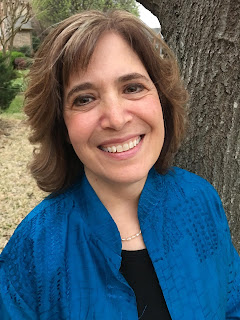 Nancy Churnin is the theater critic for The Dallas Morning News and author of THE WILLIAM HOY STORY, HOW A DEAF BASEBALL PLAYER CHANGED THE GAME (Albert Whitman), on the 2016 New York Public Library Best Books for Kids list, the 2017 Texas Library Association's 2X2 and Topaz lists, the 2018 Illinois School Library Media Association's Monarch Award Master List and Connecticut's 2018 Charter Oak Children's Book Awards list. MANJHI MOVES A MOUNTAIN (Creston Books), a 2017 Junior Library Guild selection and Silver Eureka Award-winner from the California Reading Association, on the Mirrors & Windows long list from the Northern California Independent Booksellers Association and the Children's Book Council showcase. Coming out in 2018: CHARLIE MAKES HIS SHOT: HOW CHARLIE SIFFORD BROKE THE COLOR BARRIER IN GOLF (Albert Whitman in January); IRVING BERLIN, THE IMMIGRANT BOY WHO MADE AMERICA SING (Creston Books in June) and THE QUEEN AND THE FIRST CHRISTMAS TREE (Albert Whitman in September). A native New Yorker, she's a graduate of Harvard University, with a master's from Columbia University School of Journalism, who is happy to live in North Texas.
Posted by Leslie at Monday, December 11, 2017