How to Write a Children's Picture Book: The Home Version by Pat Miller

I didn’t earn an MFA in writing. I simply started writing as a kid, and haven’t stopped. But I have longed for courses in writing. When the cursor blinks relentlessly on the blank page, when my prose is limp and my imagination is indolent, I definitely feel my lack of training.

Then I discovered and read the three-book series, How to Write a Children’s Picture Book by Eve Heidi Bine-Stock. They don’t replace a MFA, but Bine-Stock has definitely schooled me in how to energize my writing and motivate my imagination. You can get the same one-on-one attention with her titles. Let’s take a look.

The first book is How to Write a Children’s Picture Book: Structure. It uses 26 favorites from the New York City Public Library’s list, “100 Picture Books Everyone Should Know” as exemplars. The goal is not to study the plots, characters, settings, and so on. It’s to analyze the underlying story structure so it can be replicated. In fact, if you don’t have the bones of structure underneath, the story elements won’t hang right, no matter how much you revise. No wonder my prose was limp. 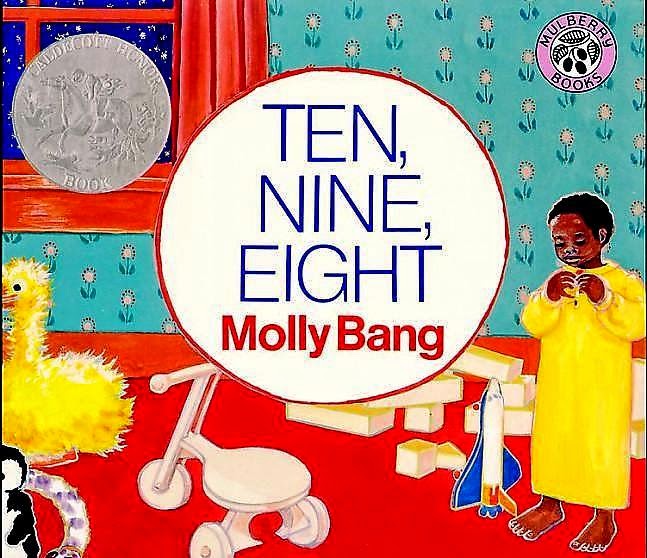 Though it has less than 200 under-sized pages, this book is a master’s course. In Part One, she uses books like Ten, Nine, Eight by Molly Bang and Goodnight Moon by Margaret Wise Brown to reveal the two-part structure of many concept books. Use her analysis of these deceptively simple books if you are writing a similar book.

In Part Two, Bine-Stock reveals what she calls the Symmetrical Picture Storybook Paradigm, “which underlies most of the best-loved picture storybooks.” This is such a fresh concept that Bine-Stock developed her vocabulary based on screenwriting. She shows how Leo the Late Bloomer by Robert Kraus has three acts separated by two plot twists. And those acts are symmetrically divided into 7-9-7 pages. This is one of fifteen classics that Bine-Stock deconstructs, and her chart lets you apply what you learn to your own WIPs.

Part Three uses Millions of Cats by Wanda Gag and Mike Mulligan and His Steam Shovel by Virginia Lee Burton to take you through what Bine-Stock calls The Iterative Paradigm. Then she says enough with the showing, now it’s your turn. The last section is a blueprint “to plan and structure your picture story-book before you sit down to write it.” Wow--here's the X on the writer’s treasure map.

One course does not an MFA make, nor does one book tell you all you need to know as a writer. But wait! There’s more! Volume II: Word, Sentence, Scene, Story is not what you think. Don’t expect to learn about vivid verbs, grabby sentences, convincing scenes, and story arcs—things you probably already know.

Instead, Bine-Stock talks about focus and rhythm, cohesion, action and reaction. She talks about beginning and ending scenes. She explains storytelling strategies based on problem first, character first, background first, or action first. But Bine-Stock is more than talk. She shows how easily acquired books like Caps for Sale and Harry the Dirty Dog use these techniques. She’s all about showing as well as telling.

The final book in the series is Volume III: Figures of Speech. By now you know to expect the unexpected, the fresh, the truly helpful from Eve Bine-Stock. This is not the book of metaphors, similies, or idioms.

Instead, you will learn to freshen and intensify your work with figures of speech like epizeuxis, immediate repetition like that found in Lyle, Lyle Crocodile. Or, in the same book, a kind of repetition called anadiplosis—repeating the end of a prior sentence in the beginning of the next.

Though impressive, the unusual names of these figures of speech aren’t important. But the examples in children’s literature and the possibilities for your own work are immensely important. You will see first-hand how these figures contribute to the emotional power and memorable quality of these classics--and you will have real tools to enrich your own work.


These books are readily available online, new and used. They are much easier on your budget than tuition in an MFA program, but may very well impact your work as much. Give this three “semester” course on How to Write a Children’s Picture Book a try!
Posted by Pat Miller at Monday, April 13, 2015