Studying Picture Books with a Dummy

A writing friend recently posted in a Facebook group that she’s been studying 3-5 picture books a week and discovered some enlightenment on how to revise a couple of her current manuscripts. I was intrigued. How does one study a picture book, other than reading it? Her advice was to create a picture book dummy or storyboard and analyze the text for pacing, repetition, flow and placement of illustrations.

I headed off to my library and snagged some new picture books. Then I made a picture book dummy, as described by our own Patricia Toht, for each book. Here are the books I read and what I learned. 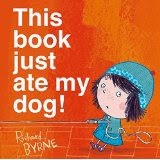 This book just ate my dog!
Written and illustrated by Richard Byrne

This was a really cute book, coming in an amazing 114 words. The text is simple, the layout is simple and the illustrations are simple but in a very compelling way. I had the book laid out at 34 pages, but Amazon states it has 40 pages (maybe the UK edition?). The page turns happen as different animals, individuals and vehicles disappear into the book. There’s a very slight twist at the end, pulled off solely by the illustration. There were nine pages of illustrations only. The sparseness of the text was a good lesson! 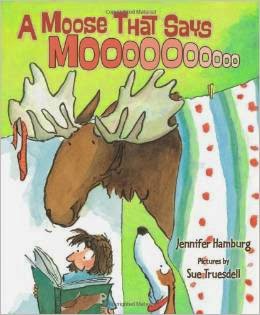 This rhyming book contains 329 words with only five pages without text. I’ve never even attempted to write in rhyme so I made a point of really analyzing this book. Almost each line contained a meter of 11 beats with rhyming end words. Some pages had two lines of four beats followed by a line with 10 beats. That broke up the basic pacing and provided interest. The rhyme and rhythm make this a great read aloud, which is probably why this book is on the short list for the Wyoming State Library Association and State Reading Council Favorite Book Award by children in kindergarten through third grade. 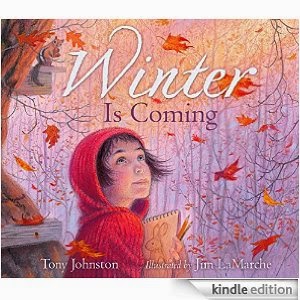 This book reads like a nature journal as written by the girl in the illustrations. Each spread had text on the left and illustrations on the right and came in at a whopping 751 words. This is one of those fiction/non-fiction books as the text provides factual information about various animals getting ready for winter, but reads like a story. I loved this book. If I had owned this book growing up it would have been a favorite because I would have wanted to be the main character, living in the country and keeping a nature diary. After reading this book a few times I started noticing the vivid, action words that show, not tell.

These are some of the sentences which caught my eye:

“The fox shines like a small red fire.” Not “The fox is red.”

Bear movement is described as rustle, snuffle, searching. These are much more exciting words than walking, sniffing, looking.

Woodpeckers hammer, scrounge and riddle. The lynx ghosts along and has Egypt eyes. What great image words!

The refrain, “Winter is coming,” carries the sense of time forward and is used 12 times in 14 page spreads. The author often uses the word “quiet” to describe action in both the animals and the girl. And isn’t fall a quietly expectant season as the world waits for the first flakes of winter snow? 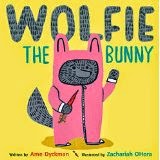 I loved everything about this book! It has great illustrations with a huge range of emotions on the cutest bunny faces and a fast, snappy text to boot.  This book has 364 words with two repeating phrases used to carry the theme. What I appreciated most about this book was the clever use of just the right words.

Here are some examples:
“Dinner!”  Instead of saying, “The Bear grabbed Wolfie for dinner.” The author just used one succinct word to get the idea and emotion across.

“Instead, she ran forward.” This is all action with no telling. I probably would have written something like, “Dot wanted to save Wolfie so she ran to the Bear.”

I really learned a lot by pouring over these books. Studying picture books is a great way to understand the difference between “showing not telling.”

If you’re still unclear about story boards or dummies you can read more about them. Tara Lazar has an interesting post that talks about picture book lay out and Uri Shulevitz does a good job of weaving in text and illustration considerations. Try one for your own stories. You just might be enlightened on how to craft a better picture book.
Posted by Leslie at Wednesday, April 01, 2015