Rx for Your Critique Group ~ by Patricia Toht

Fellow GROGger Kathy Halsey wrote a terrific post Wednesday  about her experience in critique groups. I've also been a member of several groups over the years. Two were formed through the Society of Children's Writers and Illustrators (SCBWI), an international group that brings together writers for children and helps them in their writing journey. Another grew out of membership in a writing class.

I firmly believe in the value of critique groups. They've helped me improve my writing and have also been an invaluable resource and support network in this crazy business of writing for children. If you are interested in beginning a critique group, or if you are currently a member of one, I've come across a terrific book for you. 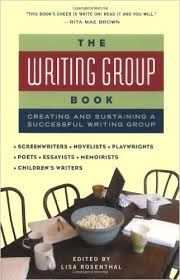 This book is a collection of essays from over 30 members of various writing groups, from screenwriters to novelists to kid writers. It's chockablock with information. Topics include: 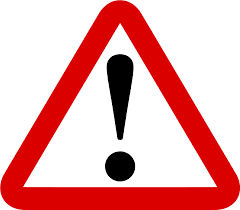 When one of my groups was faltering I sent a copy of this book to each member. We discovered a gem in Part 3 -- an essay from Kathy Briccetti, titled "Ten Reasons Why Writing Groups Flounder, Fizzle, or Fail." In Briccetti's words, we recognized three places where our group had derailed.

1) "Members use the group for the wrong reason." A critique group should NOT primarily be a social hour, book club, or therapy session. Of course those things will often be part of your gatherings, and rightly so, but it's important to keep your collective eyes on the main goal -- to improve writing and grow as a writer!

2) "There are varying levels of commitment to writing." Not everyone in our group brings texts to every meeting. But usually they are still providing important feedback to those who have. Yet, if too much time passes with no writing from a particular member, it may be time for that member to take a sabbatical and another member to join. (One of my groups still struggles with this.)

3) "Attendance is sporadic." Life is crazy, I know. But the key to making a critique group work is a firm commitment to attending. Too many delays or cancellations in meeting can be the death of a group.


Luckily, we also found a remedy in the book that soon had members writing again and looking forward to meetings.

We took a cue from an essay in Part 1, "Somehow, the Scenes Still Happen," by E.A. Bagby. Bagby describes writing in the round, having group members contribute lines and scenes to an ongoing piece.

Our group decided to take this to the max by writing a group novel. One member wrote the opening chapter, and each month another member added the next chapter. What began as a simple wintertime story took a crazy-wicked turn, and a romantic twist popped up, too. As a picture book writer, I was really intimidated about contributing chapters, but I found that things went much more smoothly than expected. What a blast!

I highly recommend that you buy this book, read it thoroughly, and keep it on hand for future reference. You'll be glad you did.